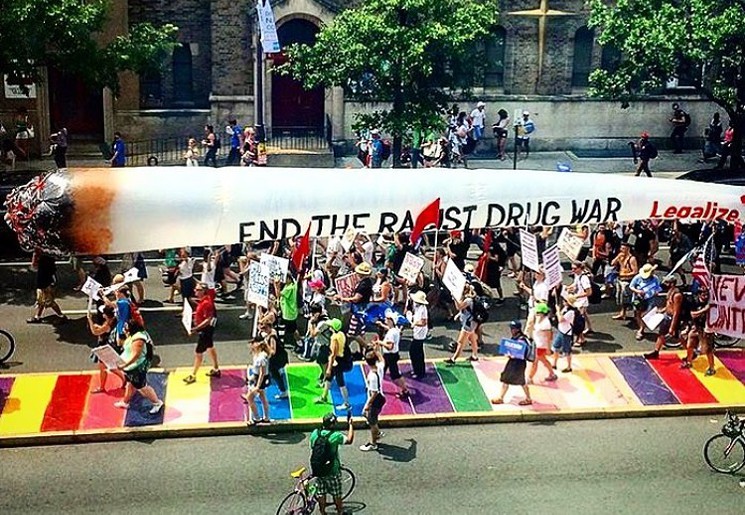 The Philadelphia branch of the National Organization for the Reform of Marijuana Laws and DCMJ, the outfit that helped legalize marijuana in Washington., D.C., organized a group of about two dozen members to carry the blow-up joints about 3.5 miles from Philadelphia City Hall to the Wells Fargo Center, where the convention is being held.