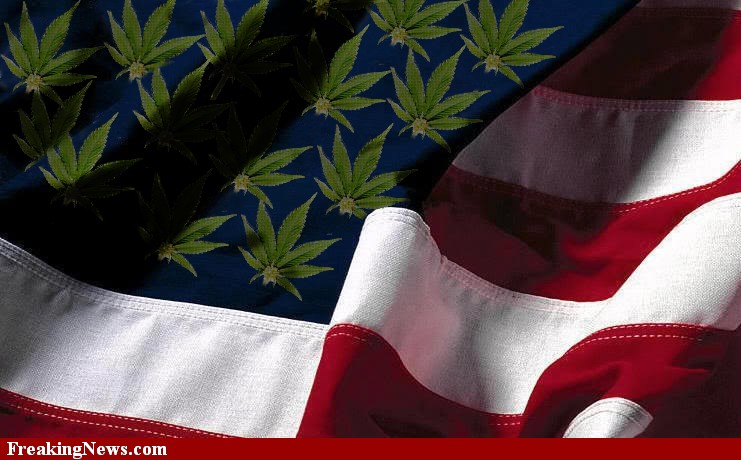 Here’s your daily dose of cannabis news from the newsletter WeedWeek:

“Civil rights groups point out that Sen. Sessions has been one of the Senate’s most extreme voices on issues affecting immigrants, Muslims, African-Americans, Latinos, Women and the LGBT community. He has a long record of obstructing civil rights.

“In the area of drug policy reform, Sen. Sessions is a drug war dinosaur. His has nearly singlehandedly blocked bipartisan sentencing reform in the Senate. Sessions has been critical of the Obama Justice Department’s guidelines around sentencing that were designed to limit harsh sentences, and he has criticized the Justice Department’s use of consent decrees that force local police departments to address police brutality, racial profiling and other civil rights issues. He opposes giving formerly incarcerated individuals the right to vote.
“He recently described marijuana as a dangerous drug and said that, “Good people don’t smoke marijuana.” He has criticized the Obama administration for respecting state marijuana laws.
“If confirmed as U.S. Attorney General, Jeff Sessions could escalate the failed war on drugs. He will likely use his position to oppose any kind of sentencing or criminal justice reform…He could also undo the Cole Memo which provided guidance to U.S. attorneys instructing them to generally not raid marijuana dispensaries in states where it is legal.
“The war on drugs could also be a weapon that Sessions and the Trump administration use to spy on, investigate incarcerate or deport immigrants and other targeted groups. Already, President-elect Trump has said he wants to aggressively deport any immigrant who commits any offense, no matter how minor, including drug offenses…Senator Sessions could not only escalate the war on immigration and the war on drugs, he could combine them.

As Piper writes in a blog post, it isn’t clear how state-legal marijuana businesses would be affected if Sessions wins confirmation:

“No one knows for sure what exactly to expect, but we should assume the worst. His administration, which looks set to be staffed by drug-war extremists, could go after state marijuana laws. Instead of just opposing sentencing reform, they could push for new mandatory minimums. They might demonize drugs and drug sellers to build support for mass deportations and a wall. Trump’s law-and-order rhetoric could fundamentally alter the political environment, nationally and locally.”

Piper adds:
“We need to pace ourselves, choose our battles carefully, be strategic, and perhaps most importantly, keep our morale up. We need to find ways of supporting each other…
“It’s especially important that we find ways to create division among Republicans, who now hold Congress and the White House. The more they disagree, the less they can get done. Two areas that stand out for us are marijuana and sentencing reform. We have enough Republican support on both these issues that we might be able to create dissent within the GOP if Trump tries to do something bad in these areas…

The rise of Trump and Trumpism has put a national spotlight on white supremacy and misogyny. Everywhere, people are now organizing against hate. Drug policy reformers should be part of that fight.

We can start by taking a hard look at our movement and the marijuana industry we have created. If groups draft legalization laws that  ignore racial justice, we need to call them out. If dispensaries, marijuana magazines or other marijuana businesses objectify and demean women to sell their products, or if they exclude people of color, we need to call them out. It is long past time to clean up our own house.”

The Christian Science Monitor tries to parse how or if AG Sessions will go after the industry. So does The Hill. “Pot policy in the U.S. is up in the air,” Brookings Institution scholar John Hudak tells the NYTimes.

Cannabis business lawyer Hilary Bricken shares her views at Above the Law. More from LAist, andMarijuana.com.

Pro-pot activist and journalist Tom Angell told Buzzfeed, “From a political lens, I think reversing course on [marijuana]and trying to shut down broadly popular state laws, that’s going to be a huge distraction from all the other things they care a lot more about,” Angell said. “It’s a fight that they don’t want to pick.”

To put this differently, unlike going after undocumented immigrants or Muslims, an attempt to crush the legal marijuana industry would likely have political consequences for a Republican administration.

If Sessions doesn’t realize it already, he’ll soon learn that gutting the REC and MED industry would require opposing state Legislatures in Ohio, Pennsylvania and elsewhere, and going against the will of voters in states including Florida, Arkansas, Nevada, Colorado, Montana and North Dakota. It would mean killing tens of thousands of jobs, and perhaps prosecuting White, media-savvy, cannabis executives, who can afford good lawyers.

Trump did not make a return to prohibition central to his campaign — his support for MED has beenrelatively consistent – and for a president who wants to win re-election, it’s hard to see much if any upside for him in a widespread crackdown. Given these uncertainties, there is a case for the industry to keep its head-down and hope President Trump has other priorities.

There is also a case for action.

In important respects, the marijuana industry is a marginalized community. But unlike other marginalized groups, marijuana is also a thriving industry, one expected to generate more than $6 billion in revenue this year.

During the Obama years, the marijuana industry has obtained the resources and geographic scope to make the Sessions confirmation a fiercely contested battle, and perhaps even defeat him. To do so, Republican Senators, especially those from legal states, need to understand that a vote for Sessions will cast a long shadow over their political futures.

For more than two years, cannabis executives have been telling me that this industry isn’t just about getting high and getting rich, that it’s rooted in struggles for health and justice. The Sessions nomination is the test of that commitment. If industry leaders don’t fight when other groups –including those that include colleagues, friends and customers — appear far more vulnerable, it’s hard to see how this industry stands for anything except its own enrichment. If the industry doesn’t fight now, who will stand up for it if political realities shift and legal cannabis emerges as a primary target?

The cannabis industry is indebted to countless Americans whose lives have been ruined by the war on drugs. Honoring their sacrifice demands a full-throated, and generously-funded, campaign against the Sessions nomination.

The rapid rise in the popularity of 3D printers in recent years, paired with how affordable they have become, has led to a long list of crazy, deadly, useful, and sometimes downright delicious creations being spit out by these incredible machines. Anything from firearms, to body parts, to pizzas, and in a move straight out of a Terminator movie, we even have 3D printers printing out more 3D printers.
So, of course, it took no time flat for folks to start pumping out 3D-printed plastic accessories for the cannabis crowd – everything from cheap grinders to entire bongs shaped like popular video game characters.
But a research and development firm out of Israel has taken the technology to a whole new level with a 3D-printed vaporizer that they believe will change the way the world looks at medical marijuana.

Not to belittle our battle here in the United States, where cops think they are in the army when dealing with marijuana growers, hash producers in Lebanon actually battle with their army disrupting production on an annual basis.
Or, they used to. These days, with the war in Syria just 30 miles from the hash production center of the Bekaa Valley, the army has much bigger fish to fry.

It’s Friday, so you’re likely sitting at your desk (or hiding from your boss on your smart phone) waiting to get off work. We feel your pain. But keep this in mind, your life could be much worse.
Take it from one of these unfortunate grow/stash owner stories culled from around the world this past week:

Read More
By Jack Rikess
Toke of the Town
Northern California Correspondent
I think it’s essential at Thanksgiving that we remember what’s important and yes, what we are thankful for, as we lay out our fat pants in anticipation for a day of complete stuffage. Before we begin the mental preparation needed for enduring the forced march that is Uncle Bill and the onslaught of his incredibly misguided and alcohol-scented opinions, before it gets crazy, this is what I’m thankful for.
I’m thankful that every day, marijuana becomes more accepted.
I’m thankful for the people who celebrate 4/20 as a holiday. It is a flame for the rest of the world to smell.
Read More

Maybe some people really shouldn’t be allowed to grow cannabis.

A Florida man walked into the Port St. Lucie Police Department on Monday carrying marijuana plants and seeds, saying “he wanted to turn himself in to do the right thing,” according to the cops, reports WPBF.
Michael Cabral, a resident of the Treasure Coast, entered the police station carrying 12 marijuana plants, seeds and “drug paraphernalia,” according to Port St. Lucie police.
Cabral, 34, told the cops he was growing the plants for his personal use.
Read More
​Thursday: Elected Officials, Community Members to March to Mayor Bloomberg’s House to Protest Out-of-Control Marijuana Arrest Crusade in NYC
Under Bloomberg, More Than 400,000 People Arrested on Low-Level Marijuana Charges in NYC, At a Cost of More Than $600 Million; Most Are Young Blacks and Latinos, Despite Whites Using Marijuana at Higher Rates
Illegal Searches and Manufactured Misdemeanor Arrests Continue Despite Order by Commissioner Kelly to Halt These Unlawful Police Practices; Marijuana Arrests Are #1 Offense in NYC and Make Up 15% of All Arrests
Elected officials, community members and New Yorkers for Public Health & Safety will march to Mayor Bloomberg’s house on Thursday, March 29 at high noon, to demand an end to illegal, racially biased and costly marijuana arrests.
Read More

​New Hampshire’s House is considering decriminalizing possession of small amounts of marijuana by adults, a year after the Legislature voted to legalize medical use of the herb.

​Cancer patients who used a cannabis mouth spray had their level of pain reduced by 30 percent, a study has shown, according to BBC.

The cannabis based spray, administered like a breath freshener, was tried on 177 patients by researchers from Edinburgh University in Scotland.
Patients in the study had not been helped by morphine or other conventional medications.
The spray was developed so that it did not affect the mental state of the patients in the way that using cannabis would, BBC reports.
The researchers were quick to hedge on their findings, reported in the Journal of Pain and Symptom Management, saying that the study didn’t justify smoking marijuana “as this could increase the risk of cancer.”
They evidently had spent so much time conducting their own study, they didn’t read the available literature. Multiple studies have shown that cannabis in fact contains anti-cancer agents.
Read More