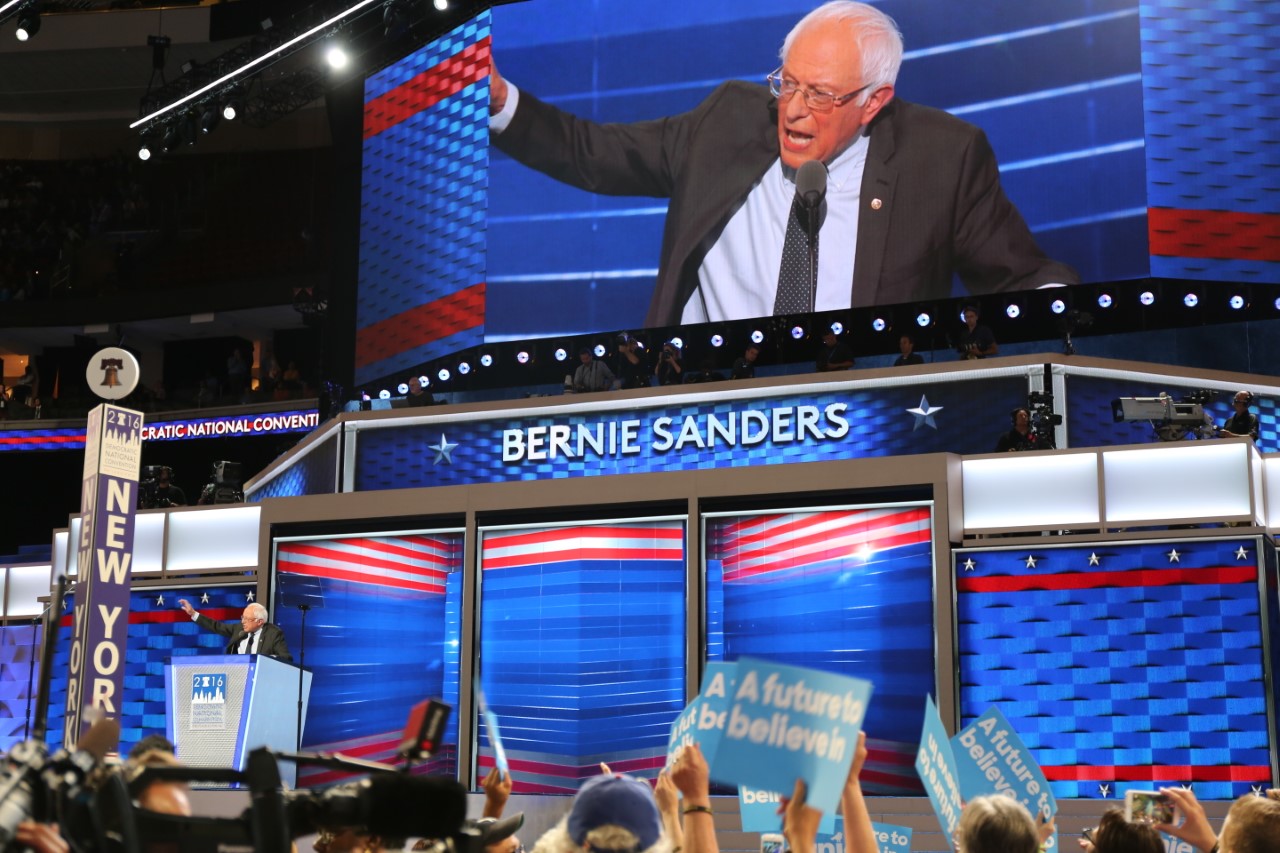 There wasn’t much talk of marijuana inside the arena at this year’s Democratic National Convention.

The industry was all over Philly.

Unofficially, it was the “star.” A trade association had a party. MPP had a fundraiser. Marchers carried a 51-foot joint.

At Marijuana.com, Tom Angell (@TomAngell) unearthed the Tim Kaine quote, “I actually kind of like this option of the states as labs and they can experiment [with legalizing]and we can see what happens.” NORML revised its rating on the vice presidential candidate from F to C. (Last week, I referred to MPP ratings for presidential candidates as NORML ratings. I regret the error.)

Marijuana Business Daily interviews former U.S. deputy attorney general James Cole, whose eight-point 2013 memo gave the industry confidence that it could grow without federal prosecution. “It wasn’t really intended to be a huge policy shift as much as reacting to the situation and trying to use some common sense,” he said.

The New Yorker profiles Gary Johnson, the Libertarian Party’s presidential candidate and a legalization supporter. He said he would not use cannabis as president.

Quartz introduces us to Tick Segerblom (D), a dogged cannabis supporter in the Nevada State Senate.

Illinois Gov. Bruce Rauner (R) decriminalized possession, making the state the third largest after New York and California to do so.

About half of the 100 Oregon communities that don’t allow REC businesses will vote on whether to lift their bans in November.

Ohio legislators knew that the provision in the state’s MED law to guarantee 15% of business licenses might be unconstitutional but they kept it in to win votes, the AP reports.

A Los Angeles county ballot initiative that proposed a pot tax to benefit the homeless has been shelved. Canna Law Blog dives into the business climate in L.A, one of the world’s largest cannabis markets.

Italian lawmakers are beginning to debate legalization. Opponents include Pope Francis. The Italian military grows MED for the country.

The race is on to see which celebrity or famous athlete can make the biggest pot-related headline, and Usain Bolt, the fastest man on the planet, has sprinted to the head of the pack.
Anti-cannabis groups are up in arms about a new ad campaign by American clothing manufacturer, The Pothead Diaries. Bolt, the reigning Olympic champion in the 100m, 200m, and 4x100m relay kicked up dust with pot critics when he posted pictures to his Instrgram account showing him flaunting the controversial duds.

The U.S. federal government on Tuesday took action to shut down 71 medical marijuana dispensaries in Los Angeles, where the city council recently voted to ban the cannabis access points altogether.

The U.S. Attorney’s office for Southern California sued three property owners that rent to dispensaries, raided three shops, and sent warning letters to 68 more, enforcing federal law, which doesn’t recognize the 1996 California voter initiative that legalized marijuana for medicinal uses, reports Greg Risling of the Associated Press.
Federal authorities started targeting L.A.’s pot shops almost a year ago; the city council’s own dispensary ban is being challenged in court, and could be overturned by popular vote if a referendum appears on a future ballot. The latest round of letters targets all the dispensaries in downtown Los Angeles and in the Eagle Rock neighborhood, according to an announcement from the U.S. Attorney’s office in L.A., reports Dennis Romero of LA Weekly.
Read More

​Los Angeles will vote on Tuesday, March 8, on a measure which threatens to increase the cost of an already expensive treatment for medical marijuana patients in the city. Measure M, which is one of 10 ballot measures facing L.A. voters, would increase taxes on medical marijuana by five percent, above and beyond the nearly 10 percent in sales tax which patients already pay.

Patient advocates have come out in opposition to the measure, asking the city to find other sources of revenue and to remove the tax burden from sick people.
“We understand that the city is under a lot of economic stress,” said Don Duncan, California director at Americans for Safe Access, a medical marijuana group which is strongly opposing Measure M. “But it doesn’t make sense to charge our most vulnerable people more money for the treatment.
Read More

​After countless media reports about Los Angeles’s “1,000 medical marijuana dispensaries,” which news organizations repeatedly said was “more pot shops that Starbucks,” we finally have a number, repots Dennis Romero at the L.A. Weekly — and it’s 583.

The hard number comes courtesy of the Los Angeles Police Department, which looked at a list of dispensaries forwarded to it by City Attorney Carmen Trutanich. The LAPD then had officers confirm the outlets that were up and running throughout the city.
Read More