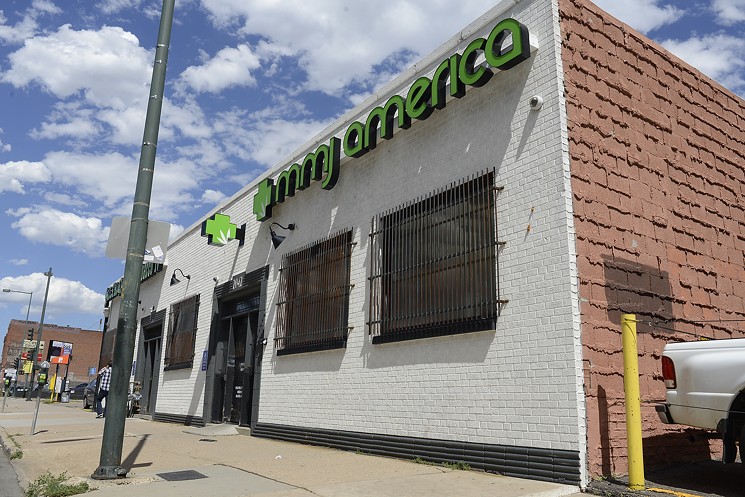 As Colorado’s cannabis industry opens up to more investment opportunities and public funding through a new law that takes effect November 1, expect powerful players to enter the fray. A private company is already beating some of those public corporations to the punch, however, purchasing five well-known dispensaries in the metro area this year alone.

Lova, a new dispensary brand, now owns both of MMJ America’s dispensaries in Denver as well as Groundswell Cannabis Boutique, Northern Lights Cannabis Co. in Edgewater and Boulder’s Trill Alternatives (MMJ America in Boulder and Northern Lights in Denver will remain unaffected by the deal). Founded by Matthew Shifrin and Amanda Fox, Lova is funded by Australian billionaire Brett Blundy. We sat down with Shifrin and Fox, a University of Denver alum, to learn more about their plans for their new dispensaries.

A proposal to legalize medical cannabis in New South Wales, Australia’s largest and most populous state, gained huge support this week as Australia Prime Minister Tony Abbot gave his approval on a weekly radio program.
In fact, Abbot said that the proposed clinical trials don’t go far enough. Abbot says that there shouldn’t need to be clinical trials for a plant that is already legal for doctor’s recommendation in other Australian states.

A study out of Australia and New Zealand this week claims that daily pot use by teens leads to more than half dropping out of school, and greatly increases the likelihood that they’ll drop out of college, try to kill themselves and if they’ll end up on welfare.
But they aren’t really saying that. They actually say they found no “causal” relationship between pot and depression, only increased odds of a link. They also say didn’t find enough evidence to support their claim that adolescent teen users were seven times more likely to kill themselves. But that doesn’t stop them from spreading the fear around just the same.

Cops in Sydney, Australia say they were patrolling a neighborhood near a building that had been the location of a fire earlier in the day when they saw two men walking out with boxes. When the cops walked up the two dudes freaked out and threw about 22 pounds of bagged up weed in the cops faces and took off running.
Throwing your weed at a policeman might be a good way to buy a few seconds of lead-time, but it’s not something we would suggest.

Legalizing marijuana can protect Australia’s youth from the dangers of binge drinking.
That’s the message from Robin Broom, director of the Centre for Alcohol Policy Research, Australia’s primary, government-funded alcohol research group.
Room, a professor at Melbourne University, tells the (Melbourne-Victoria) Herald-Sunthat Australia needs to be progressive with this issue and work towards a legalized and controlled market for cannabis. He says that it should be sold through state stores, not unlike how some U.S. states handle alcohol sales.

Scientists with Neuroscience Research Australia are finding that increased amounts of CBD may dramatically heal and protect the memory of people suffering from Alzheimer’s disease and other forms of dementia.

​The New South Wales Police have hit a new low by descending in an expensive taxpayer-funded operation with a police helicopter and confiscating a medical cannabis crop intended for patients. The crop was a strain of cannabis bred specifically to be extracted into a medical tincture.

Each of the plants had been labelled for specific patients, according to Mullaways Medical Cannabis Pty Ltd. “Through the confiscation of this medical cannabis crop, the NSW Police have deprived many Australians of their medicine,” Mullaways said. “It is a form of discrimination against sufferers of chronic illness and pain who need this medicine — medical cannabis.”
Read More
​
It’s summertime in Australia, and our friend Moose has given us a crop update, where the pretty sativas are at the height of veg.
In the photo above, Mullumbimby Madness, Oaxacan x Mazar, Mullumbimby Madness x Super Silver Haze, Oaxacan x Super Silver Haze, and Early Mullumbimby Madness plants are flourishing in the summer heat.
Read More

​A cannabis-loving prankster has thumbed his metaphorical nose at Australia’s drug laws by planting a bunch of marijuana outside a court on the mid-north coast of New South Wales.

People started calling in reports of the cannabis seedlings growing in a front garden of Bellingen Court House on Wednesday afternoon, reports AAP.
When the police showed up, they discovered around 60 seedlings, which they said they “believe” is cannabis.
Read More

​One out of every three police officers in New South Wales, Australia will be tested for illegal drugs over the coming year.

The NSW Police Force’s Professional Standards Command has more than doubled the number of random drug tests, from about 2,000 to 5,000 for this fiscal year, reports 702 ABC Sydney.
The decision was taken after two senior officers and a constable were recently caught snorting cocaine, according to Assistant Commissioner Paul Carey.
“In July there were five recall targeted tests on people who we had reasonably good intelligence to say that they may have been using drugs,” Assistant Commissioner Carey said.
Read More
1 2 3 … 7 Next