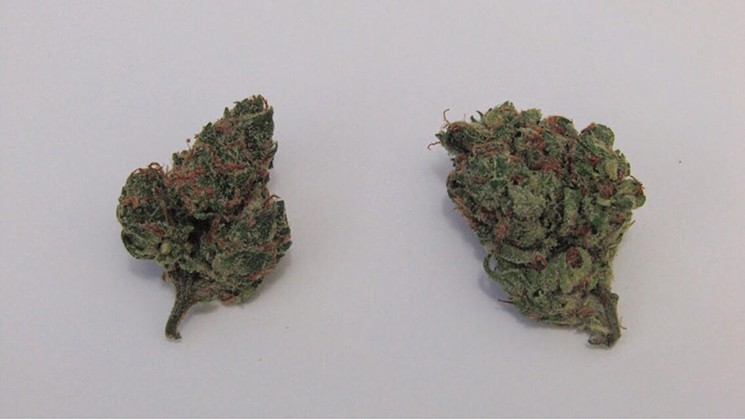 It’s been a while since the name of a strain intimidated me. Herijuana was probably the last one that made me nervous, and that was at least five years ago. But a recent trip to The Health Center Uptown had me shaking in my shoes as I walked to the cash register. I was about to smoke some Death…by Lemons. 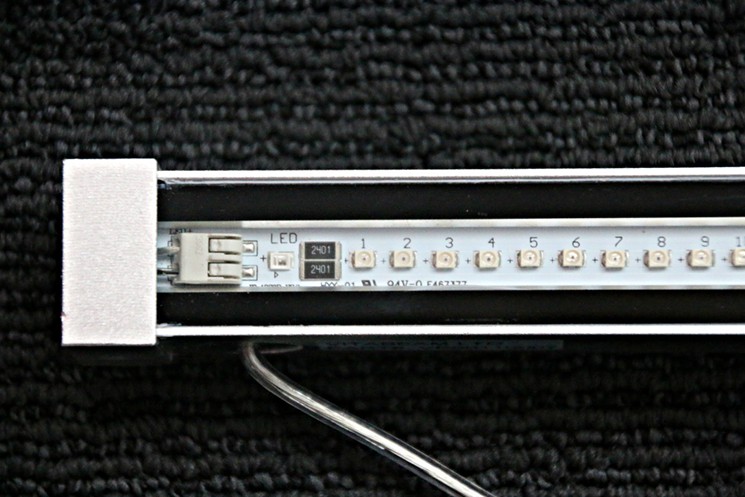 A specialized spectrum of invisible light that will kill all the pathogens in your grow: That’s what SpectrumGro promises the Pathogen Death Wand will be.

The Colorado-based SpectrumGro markets and distributes rods about an inch and a half thick and 48 inches long. They’re installed two feet from the crop — above it, under it or to the side — and once they’re turned on, they get to work eliminating pathogens in the plants and in the soil. The light attacks mold, bacteria, fungi, powdery mildew and most kinds of yeast. 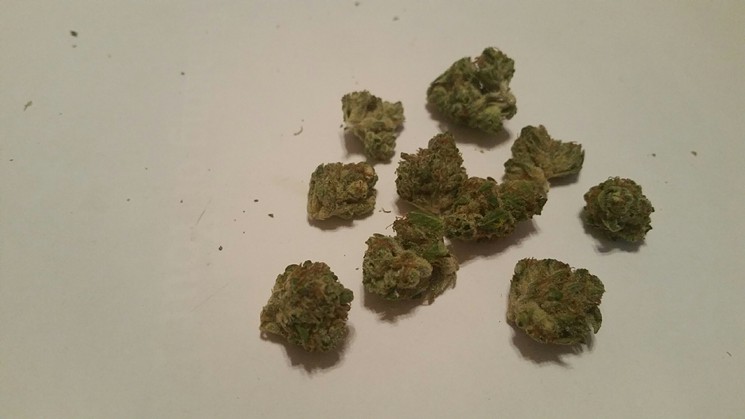 Not all stoners are Star Wars fans, but I’d bet a lot of the midnight movie-goers at Rogue One: A Star Wars Story last week were smoking themselves into a galaxy far, far away before walking into theaters. Cheering on Leia, Luke and the boys as they fight the Evil Empire is a pastime for many potheads, but not all. Some of us just want to get blunted and listen to the voice of James Earl Jones voice rule with an iron fist as he Force-chokes peons to oblivion. For that, I give you Death Star.

Sony assumed North Korea would hate the movie. The question was: What would it do? Pyongyang had just tested its atom bomb and threatened “preemptive nuclear attack.” And the Supreme Leader with his finger on the trigger was barely over 30, with less than two years of experience.
But Kim Jong-un didn’t care about Olympus Has Fallen, even though the violently anti-North Korean 2013 film showed his people strangling women, murdering unarmed men, kidnapping the U.S. president and even executing their fellow citizens. His saber rattlers never mentioned it. That wasn’t worth a fight.
A year later, North Korea had a bigger enemy: Seth Rogen.

Did marijuana contribute to — and perhaps even cause — the death of Michael Brown, whose shooting by a police officer caused weeks of rioting in Ferguson, Missouri? That’s the implication of a blog post by Dr. Christian Thurstone, an addiction specialist who’s also a major player in Project SAM, a national organization fighting to prevent greater access to cannabis.
Project SAM has already distanced itself from Thurstone’s post after initially hyping it, following a Twitter spat with marijuana reformers. Meanwhile, Thurstone’s position echoes previous suggestions by Christine Tatum, his wife and co-blogger, that pot may have played a role in the Boston Marathon bombing and the Columbine and Aurora theater shootings. Denver Westword has more.

With a constant flow of cannabis-related headlines pouring out of Canada, the United States, and Mexico on a daily basis, it is easy to overlook the fact that public support for legal cannabis use is on the rise on continents all around the globe.
In Australia, marijuana is by far the most popular and widely used drug, with over 1/3rd of all Aussie’s over the age of 22 admitting to having taken a toke or two in their time. But as it becomes increasingly more popular in their home country, those same Aussies have begun to take their stash with them when traveling abroad, and simple pot possession has several of them facing possible death penalties as they sit in Chinese prisons awaiting their fates.

When your father is a former Major General with the Kuwait army, you might think that growing a few dozen pot plants on your roof would go unnoticed.
You would be wrong, however. According to the Arab Times, a Kuwaiti man was arrested for marijuana cultivation after neighbors narc’d on the rooftop garden that had been fenced in with tall corrugated plastic sheeting.

Rebecca Maez was sentenced on Friday to ten years in prison for the death of cannabis advocate Jenny Kush. Maez, 28, was drunk and driving the wrong way in an HOV lane on I-25 last September when she collided head-on with a car being driven by Kush’s boyfriend, Jeremy DePinto, who was injured in the crash. Kush, his passenger, was killed.
Maez pleaded guilty to vehicular homicide and assault last month. At an emotional sentencing hearing on Friday, she pleaded for forgiveness as Kush’s loved ones told the judge about the amazing mother, daughter and friend that they lost. For the rest, head over to the Denver Westword.

In 2009, wildlife disease expert Dr. Mourad Gabriel was doing field research high in the Sierra mountain range, not far from Yosemite National Park, when he came upon a dead Pacific fisher. The long, slender, weasel-like rodent did not appear to be the victim of any sort of predator attack, showing no outward signs of distress, damage, or disease. But when Gabriel and his team got the animal back to the lab for further inspection, they found its chest cavity completely full of blood.
Up until that point, the researchers had never seen or heard of anything like it. In late January of this year, one of Gabriel’s family dogs, a black lab by the name of Nyxo, was found dead at the doctor’s home in Arcata, in northern California. When his pet was cut open to determine the cause of its sudden and mysterious death, it too had a chest cavity engulfed in blood. Now as Julie Cart reports for the LA Times, Dr. Gabriel is speaking out.

The Colorado Department of Revenue’s Marijuana Enforcement Division held a session on product potency yesterday at Children’s Hospital Colorado in Aurora, where a working group discussed how to make sure that marijuana edible serving sizes are safe for consumers. Much of the talk focused on packaging, and how to make it clear what the side effects of eating a certain milligram level of THC might be.