​The former chief of the St. Regis Mohawk Tribe in northern New York state was indicted Wednesday by a federal grand jury for allegedly transporting about 95 pounds of marijuana. It is the second pot charge faced by the former chief in the past year.

Philip H. Tarbell, 68, of Hogansburg, N.Y., was charged with possession with intent to distribute less than 50 kilograms of cannabis, according to federal court records, reports David Winters at the Watertown Daily Times.
He is accused of hiding the pot in two hockey bags in the back of a minivan when he got stopped on November 11 at a U.S. Border Patrol checkpoint on Route 9 just outside the village of Schroon Lake, Essex County, New York.
This isn’t the former chief’s first run-in with the law over transporting marijuana in the past 12 months.
He was also accused of having about 23 pounds of pot after a traffic stop in December 2009 on Route 11 in the town of Adams, N.Y., according to state police.
The charges in LeRay Town Court were dismissed because the district attorney’s office did not appear for a preliminary hearing, according to attorney Michael Rhodes-Devey, who represents Tarbell.
Read More 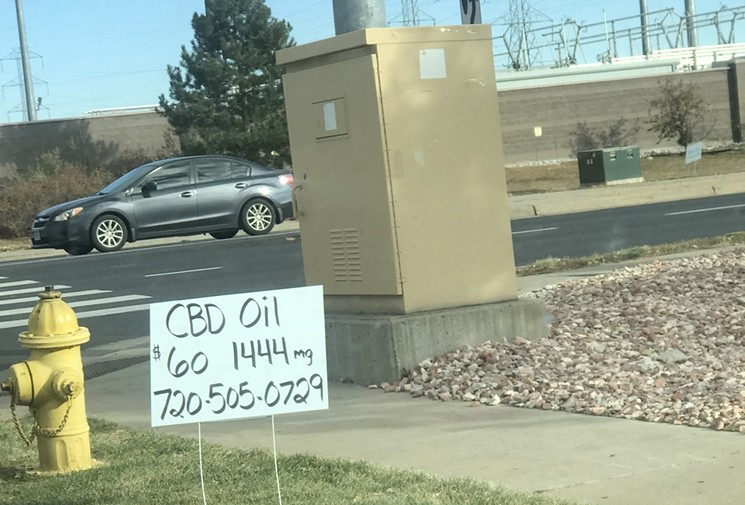 Citing the need to increase transparency, accountability and community engagement, Dallas Police Chief David Brown said that his department will use forfeiture funds to purchase 200 body cameras that will begin recording early next year.
The move comes in the midst of statewide movement toward using the cameras. State Senator Royce West introduced a bill for the upcoming legislative session that would require all police departments in the state to purchase and use the cameras. The Fort Worth Police Department already has 600 of the cameras and Lancaster, Duncanville and Denton’s departments are looking to get their hands on some. Susan Hawk, the newly elected Dallas district attorney, has offered to buy body cameras for DPD with funds from her office as well. More at the Dallas Observer.

Unless you are one of the very few who qualify for Iowa’s recently passed, and highly restrictive, medical marijuana program, the law is clear in the Hawkeye State when it comes to possessing and growing cannabis.

A first offense of possessing any amount of weed in Iowa can earn you a fat $1000 fine and up to six months in the clink. If they catch you growing pot in Iowa, you’ll be looking at a much steeper fine and anywhere from five, to twenty five, years in prison.
So it was kind of a big deal when 48-year old Benton Mackenzie left the courtroom with just probation yesterday, after being found guilty of cultivating 71 cannabis plants after a police raid on their property back in June of last year. Under the circumstances, however, it’s easy to see why the Judge showed some leniency.

Better late than never: Today, Washington launched limited recreational marijuana sales for adults age 21 and over, just over six months after Colorado did likewise. And naturally, Twitter Nation wanted to talk about it.
Look below to see the twenty most memorable tweets we found, with authors ranging from a high-profile celebrity to just plain folks.

Mexican fishing boats, known as pangas, are typically pretty modest in size, with outboard motors and a big, high bow to give the vessel more buoyancy when casting and retrieving large nets. But according to Virginia Kice, spokesperson for the U.S. Immigration and Customs Enforcement agency (ICE), they have increased steadily in size, speed, range, and navigational capabilities. Bigger boats can float more dope, and it is not uncommon for these pangas to be carrying literally a ton or more of low-grade Mexican marijuana. What is uncommon is where they have been making port lately, once they do get north of the border.

Thanks to a lot of hard workers hawking petitions in parking lots, not to mention the shifting pop cultural sands, it looks like Florida has a fighting chance for legalizing medical marijuana. Come November, we’ll find out. But as with any political movement, despite best intentions and hopes, it’s money that’s really powering the show. And the funding trail behind the legalization effort leads right back to South Florida.
Broward-Palm Beach New Times has the full story

Broncos owner Pat Bowlen had to suffer along with the rest of us as his team got crushed in the Super Bowl. And now, PDB Sports, the company that handles the squad’s business on his behalf, is being sued for discrimination and defamation.
The plaintiff is Cannabis University, whose founder, Michelle LaMay, says a vehicle was ejected from two home playoff games in January simply because the word “cannabis” was printed on it.
Our buds over at Denver Westword have photos and further details, including the full text of the complaint.

Hypocrites who take millions in revenue from alcohol sponsors but still prohibit the use of cannabis among their players, which is much safer substance, run the National Football League.
That’s the message pushed by five billboards sponsored by the Marijuana Policy Project that have been erected in New Jersey near the site of the Super Bowl set for this Sunday.

As everyone from Jon Stewart and Stephen Colbert to the nation’s memes-makers have noticed, the upcoming Super Bowl features teams — the Broncos and the Seahawks — from the two states that have legalized recreational marijuana sales. So you had to know entrepreneurs would want a piece of the action. We found multiple sites selling either “Stoner Bowl” or “Pot Bowl” T-shirts in a wide variety of designs and styles. Look below to see fifteen of the most memorable, complete with links in case you want to buy one to commemorate the big game.
Denver Westword has the full story.