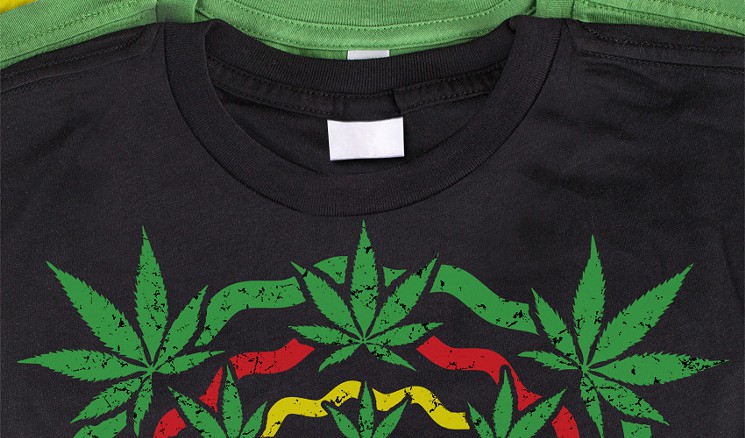 Charles Smith grew up in a tough part of Los Angeles, and by the time he was fourteen, he was already involved in dealing marijuana for one of the city’s most prominent gangs: the Inglewood Family Gangster Bloods. To keep him from getting in deeper, when he was fifteen his mother sent him to live with his father, an Army vet, in Colorado.

But that didn’t keep him out of trouble. At the age of seventeen, Smith was arrested in Denver for possession and distribution of marijuana. A year after he was released from prison, at the age of 23, he was arrested again, this time for armed robbery. Sentenced to 64 years in prison, he was sent to Colorado State Penitentiary in 1998. Five years later, he was moved to Fremont Correctional Facility.

When he first went to prison, Smith was angry, violent, mad at the world. But then he found both God and Stephen R. Covey.

An Inglewood marijuana dispensary that was the first pot shop in Los Angeles county, according to its owner, was shut down by police today and will likely close for good.
Paul Scott of IMCC Wellness Center says numerous police officers showed up shortly after 1 p.m. and raided his store. He told us that cops at the scene said the other dispensaries in Inglewood — he estimated there were 3 of them — would also be put out of business today. LA Weekly has the full story.

When President Obama took office in 2009, his Director of the Office of National Drug Control Policy proclaimed that the new administration would no longer use the term “War on Drugs”, as they found it to be “counter-productive”. In June of 2011, the Global Commission on Drug Policy released a scathing report which clearly stated that “the global war on drugs has failed, with devastating consequences for individuals and societies around the world.”

Just over a week ago, on May 21st, the voters in the city of Los Angeles resoundingly passed Proposition D, an ordinance designed to raise taxes on sales of medical marijuana and limit the total number of allowable weed dispensaries in the city to 135 storefronts or less. On that same ballot was a hotly contested and grossly over-funded mayoral race pitting two openly pro-cannabis Democratic candidates against one another, resulting in a dominant win for LA City Councilman Eric Garcetti who captured 54% of the vote.
In spite of one of the lowest voter turnouts in the city’s history, Garcetti overcame the aggressive financial campaigning that Los Angeles’ most powerful labor unions could throw at him, becoming the city’s 42nd mayor, and earning himself the power to rule over everything from potholes to pot shops in the nation’s second largest city.

​Californians have a chance to make two strides for human rights in the coming weeks. Two important bills before the Legislature must be voted on this month: SB 129 would grant employment rights to medical marijuana patients, and AB 1017 would reduce penalties for marijuana cultivation.

The Legislature will be voting on the bills in the next two weeks (between January 19 and 31). Both bills fell short of passage last legislative session, and both are in critical need of support fro constituents in key districts.
“We are urging supporters in key districts to contact their legislators ASAP!” said Deputy Director Ellen Komp of California NORML.
Read More

​All felony charges against Inglewood, California medical marijuana dispensary operator Paul Scott were dismissed in a Los Angeles court on Thursday, just days before Scott was scheduled to face trial, which was supposed to begin on Monday.

Scott, operator of Inglewood Wellness Collective for more than 10 years, was arrested in June of 2010 by the Los Angeles Police Department, according to Brett Stone of the Medical Marijuana News Yahoo newsgroup. Acting on an anonymous tip, detectives used helicopter surveillance of Scott’s home and saw marijuana plants growing in the back yard and also in a storage shed next to the house.
Scott was seen leaving the shed and an LAPD detective used that information and the smell of marijuana emanating from Scott’s back yard to conclude that a cannabis grow operation was located there.
Read More