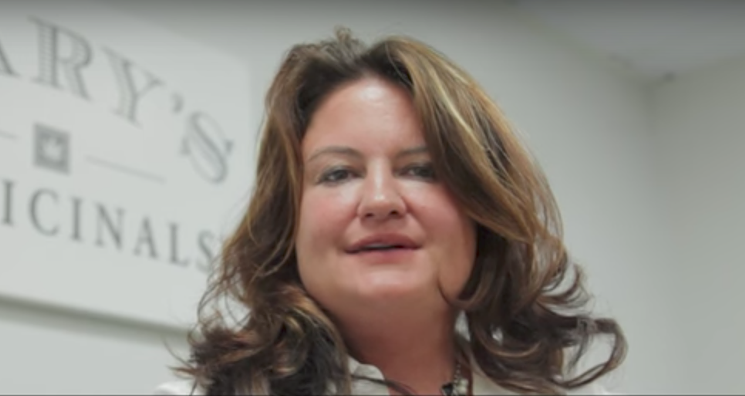 Evolab has new leadership, but that leader has a familiar face in the cannabis industry. On August 28, the CO2 extraction company announced that it had hired former Mary’s Medicinals CEO Nicole Smith to head Evolab. 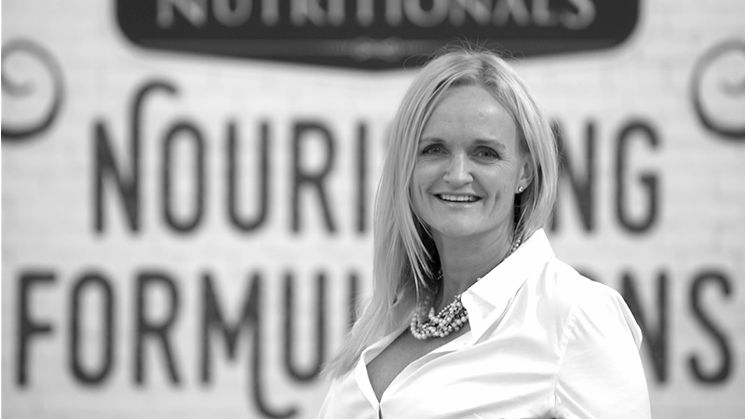 When people first consider cannabis as a pain remedy, they often don’t know where to start — and they have lots of questions. Fortunately, Lynn Honderd, CEO of Mary’s Medicinals, who co-founded the company in 2013, has lots of answers. We recently sat down with Honderd to talk about Mary’s Medicinals and why cannabis is helpful for so many medical patients.

Westword: For medical patients and caregivers looking for pain relief, what do you think are the most important issues to consider?

By Jack Rikess
Toke of the Town
Northern California Correspondent
I have a theory about beer: Consumption of it leads to pseudo-military behavior. Think about it – winos don’t march. Whiskey guys don’t march, either. Beer drinkers are into things that are sort of like marching – like football.
~ Frank Zappa
I drink your milkshake.
~ There Will Be Blood
Beer goes where angels and politicians fear to tread.
~ Jack Rikess
June 8, 2012
I love basketball and it is Finals time. It is down to few remaining games. The players are exhausted from a truncated season shortened because of contract negotiations that plagued the beginning of the season.
(As a side note: Part of the arbitration dispute that almost sidelined the whole season, besides that the owners wanted the players to take a pay cut, was the issue of being drug tested for cannabis-during the off-season. The pro hoopsters won the right not to pee in a bottle for weed during their four months off.)
For the past few months, Budweiser has been the major sponsor of the NBA Finals. That means I’ve been watching the same commercials over and over, sometimes the exact same message, 15 to 20 times a night. The repeated advertisement I hate the most is the stupid Budweiser commercial extolling the virtues of it being the end of Prohibition. An optimistic, bright-eyed kid beats the band running downs Main Street announcing Prohibition is over to a waiting, thirsty, hops-hoping nation of Americans! We’re back in business. Booze is King, again!
Read More
​A public health scientist is losing his retirement, along with part of his farm, in the fight to legalize medical marijuana in Tennessee.
Bernie Ellis grew marijuana on his farm to help dull the pain from fibromyalgia and a degenerative disorder in his hip and spine. When neighbors told him about terminally ill patients in the area, he gave them free cannabis as well.
That’s until helicopters came flying over, and the federal government raided Ellis’s farm, seized 25 acres of it, and sent him to a halfway house for 18 months.
“If I were a rapist, the government couldn’t take my farm,” Ellis said in 2007. “I grew cannabis and provided it free of charge to sick people, so I run the risk of losing everything I own.
“That just doesn’t compute to me,” Ellis said.
“I don’t want to appear to be obstinate, but there’s a point at which you say enough is enough,” Ellis said. “They can’t have my home.”
Does he regret growing marijuana? “There are a number of things I regret in this experience,” he said. “I regret being naive to the process. But I do not regret using marijuana, and I do not regret helping people.”
Read More 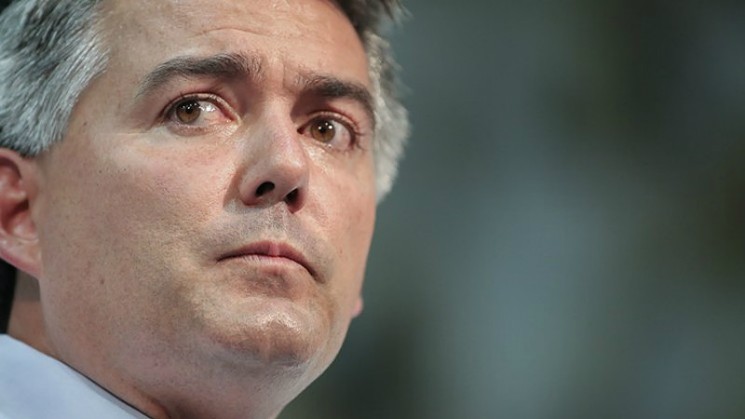 In a story of strange political bedfellows, the National Organization for the Reform of Marijuana Laws is working with the office of Colorado Republican Senator Cory Gardner on an upcoming bill that would prevent the federal government from interfering with the marijuana system here and in other states that have legalized.

As noted by NORML political director Justin Strekal, Gardner has confirmed that he’s teaming up with Senator Elizabeth Warren, a Democrat from Massachusetts, “to craft legislation that would reduce the tension between federal prohibition and states that have moved forward with legalizing marijuana for medicinal or adult use. And we’re working with a number of offices to make sure the language is going to be right and palatable to a bipartisan majority of the U.S. Senate.”

Colorado is known for majestic mountains, craft breweries and, of course, its wonderful world of weed. However, not everyone knows to take advantage of the state’s most progressive medicinal plant-based resource: cannabidiol, or CBD.

Florida’s House of Representatives proved today there is nothing its grubby little hands can’t screw up. After more than 72 percent of voters statewide voted to legalize medicinal marijuana for people with “debilitating diseases,” a term that includes cancer, AIDS, and Alzheimer’s, the Florida House today passed its own series of rules regulating the state’s new medical weed industry.

And, this being Florida, the Republican-crafted bill bans smokable weed, creates a state-controlled cartel of legal cannabis farms, and pisses off medicinal marijuana advocates across the Sunshine State. On Tuesday, that terrible bill — HB 1397 — passed the House by a 105-9 margin.

Florida’s mostly Republican legislators can barely pass basic laws like tax cuts or budget plans without tripping over themselves or spiraling into intra-party screaming matches. They’re so bad at writing their own laws that, as the Miami Herald astutely pointed out last week, gigantic companies like Florida Power & Light have to write laws for them. The current Legislature is a Stygian pit of bad ideas.

So, naturally, Florida voters in 2016 chose to give all of those people drugs.

Last November, Sunshine State residents voted to legalize medical marijuana. This is a good development for folks with debilitating diseases such as cancer, posttraumatic stress disorder, or Alzheimer’s. But it’s not exactly the best-case scenario for many of Florida’s reactionary, conservative lawmakers, who are extremely good at tearing welfare programs apart and not quite as great at writing large, sweeping bills that help people.

Unfortunately, Amendment 2 — the one that legalized medicinal weed last year — gave Florida lawmakers tons of leeway to set their own rules and procedures for the medical-cannabis rollout. 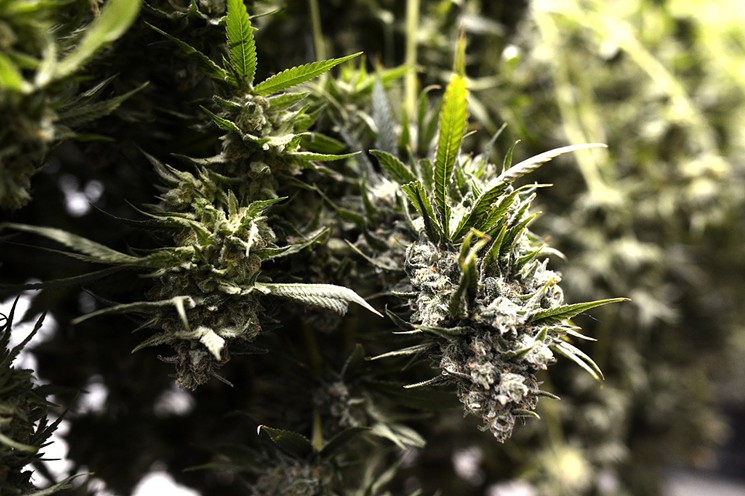 In this industry, removing a question mark can mean a great deal — especially when it’s removed from a government website. Earlier this week, the National Institute on Drug Abuse switched the title of its website page from “Is Marijuana Medicine?” to “Marijuana as Medicine.” And that wasn’t the only change.

Nearly every section of the site, which was last revised in July 2015, has minor changes.These revisions may seem inconsequential, but for the cannabis industry and patients who use marijuana for medicinal purposes, they appear significant. 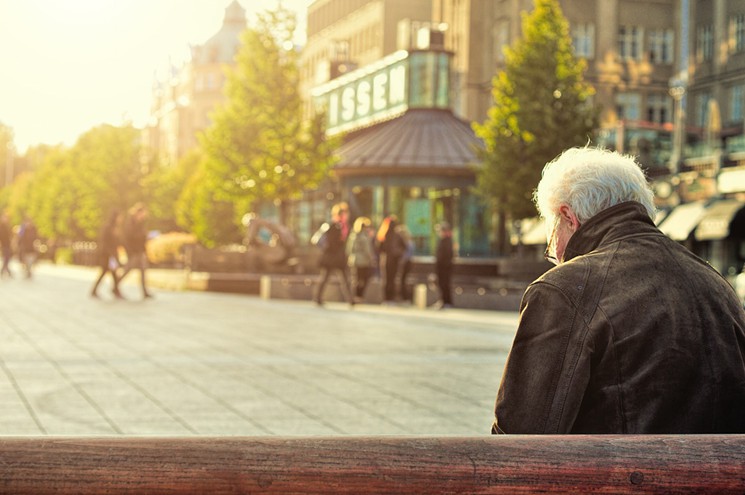 For decades, cannabis has been portrayed as an illicit substance associated with burnouts and addicts, one that clouds mental performance and drains ambition. However, long-standing opinions are beginning to change as more research continues to demonstrate the medical benefits of THC and CBD oil with regard to such debilitating conditions as Alzheimer’s. Senior citizens, who lived during the time of marijuana’s demonizing prohibition, ironically may be the fastest-growing demographic that can benefit the most from its medicinal properties.

Seizing the opportunity to serve this underrepresented group, Etain, one of the five registered medical marijuana suppliers in New York State, is seeking to target nursing homes and elderly patients.  According to Etain’s homepage, this family-run, women-owned business is “committed to manufacturing clean, safe, and consistent medical marijuana products for patients in New York State.”