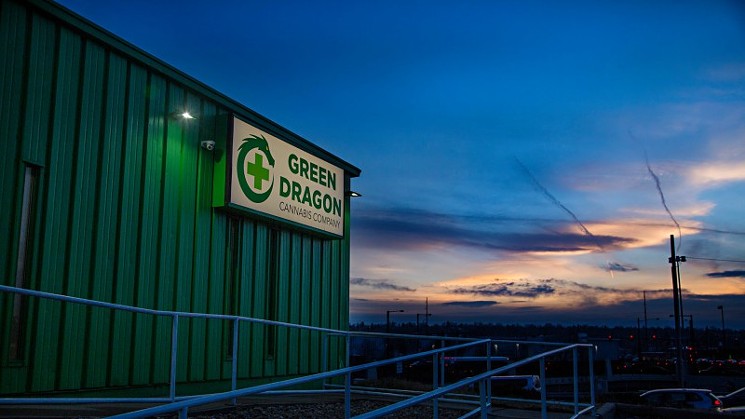 Plenty of underage tourists who come to Colorado seem to think a bogus identification card will work just as well at a pot shop as it will at a bar. But according to Haley Littleton, spokesperson for the Town of Breckenridge, which has catalogued at least 428 fake ID cases since February 2015 with no end in sight, they’re wrong.

“Our main theory is that people come into town and think, ‘This is great. I can take advantage of this,'” Littleton says. “But it’s not like at a bar, where you can go in, try to order and then give them an ID, and if they just glance at it quickly, you might get a drink or you might not. Marijuana dispensaries are really stringent on fake IDs — and so are we.” 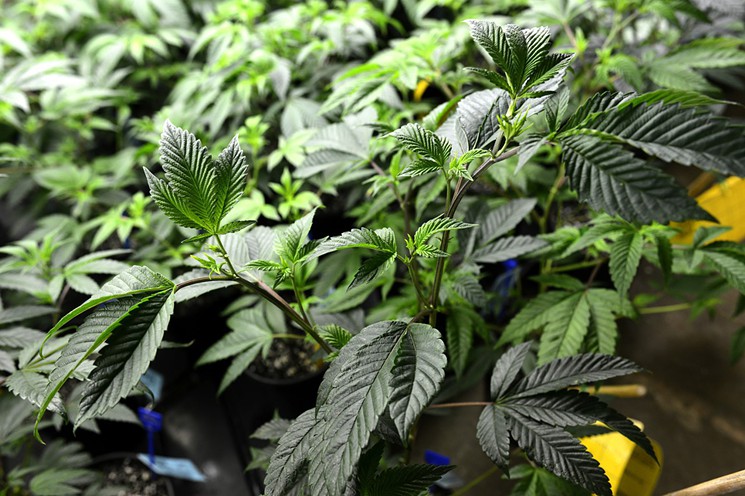 For the past four years, any time local police seized cannabis in a criminal investigation, they’ve been required to care for it, either by keeping the plants alive or by returning the marijuana in a usable form to the owner. That’s no longer the case.

On January 23, the Colorado Supreme Court ruled that requiring police to store marijuana in evidence is in violation of federal law. The court issued its opinion in the case of the People v. Robert Crouse.

The U.S. Coast Guard unloaded 719 kilograms of cocaine last Thursday at its station in Miami Beach. That came with an estimated street value of about $23 million.
The coke was intercepted in the Caribbean on September 8 by Coast Guard Cutter Bear.
The cutter spotted a 208-foot cargo boat in the waters northeast of Panama. The crew boarded the boat, and found several hidden parcels on board. The powder inside tested positive as cocaine, and the shipment was seized. Thirteen suspected smugglers were arrested.

U.S. Border Patrol agents from the San Clemente checkpoint are giving Orange County law enforcement at their various sobriety checkpoints a run for the money lately, only the feds are catching alleged drug smugglers instead of alleged booze hounds.
Two separate busts at and near the same San Clemente checkpoint on Tuesday. First, agents said they smelled marijuana in a 2006 Chevrolet Impala passing through and had the driver, a 22-year-old U.S. citizen, pull over to a secondary inspection area, according to a Border Patrol statement.

Two Florida men could be facing a life sentence in Oklahoma for attempting to transport Colorado-and California-made cannabis, hash, edibles and other concentrated forms of herb worth about $250,000.
According to the Oklahoma Bureau of Narcotics, Robert Shepard and Andrew Mason were stopped last week outside of Oklahoma City for following another vehicle too closely. That’s a common charge in states neighboring Colorado, where troopers have been profiling certain cars with green-and-white license plates and pulling them over for minor infractions. Narcotics agents say the Florida men were acting nervous during the stop, which prompted agents to call out a drug dog, Xena. (BAD DOG!)

Despite having approval from Health Canada, Tweed Marijuana says a shipment of herb grown by private B.C. growers previously licensed to grow cannabis was seized by the Royal Canadian Mounted Police over the weekend.
All of this after Tweed invited the mounties to examine the shipment. Only in Canada are people nice enough to invite the police over to check out their quasi-legal operations.

In the past two years, local cities in California have been more than happy to cooperate with the Obama Administration’s war on medical marijuana. But now the feds are signaling that they will back off and allow states like Washington and Colorado which have legalized and are setting up strict statewide regulations for marijuana. But don’t think for a moment that the Potpocalypse is over yet–it’s too profitable for both the feds and California cops.
The latest evidence: a request filed by the Santa Ana Police Department with the U.S. Department of Justice for 80 percent of the proceeds of the sale of a building in that city which used to house a marijuana dispensary. The Orange County Weekly has the rest on these greedy little piggies.

According to the U.S. Coast Guard, agents who were part of a 45-foot response boat that was on routine patrol last night spotted the sailboat as it attempted to enter the harbor. ” As the crew approached the sailboat, the pilot reportedly veered to the right and ran the sailboat onto the beach,” the Coast Guard’s press release states. “Two people reportedly jumped from the sailboat and ran away. Coast Guard crewmembers docked their boat and made their way to the beached vessel where they reportedly discovered approximately 80 to 90 bales of marijuana.”
The O.C. Weekly has the rest.

“The dog ate it.” Really? Really?? A police department in Washington state is under fire after an officer took home seized marijuana, only to report his dog ate the weed.

The Soap Lake Police Department, in eastern Washington, has been accused of numerous other instances of mishandling evidence as well, reports Aaron Luna at KXLY4. An outside investigation by the neighboring Moses Lake Police Department and two other agencies found that the Soap Lake cops didn’t get required training on handling evidence.
Evidence was improperly tagged and placed in insecure areas, according to the investigation. In one case, a rape kit was found in a refrigerator next to the police chief’s lunch.
Police evidence in Soap Lake is supposed to go into a locker in the day room and then into a safe, but the investigation found that this doesn’t always happen.
Read More

​Could Colombia be making a play to return to its days of glory, back in the late 1970s, when it was likely the number one supplier of marijuana in the world? One could easily assume as much based upon the multi-ton busts happening there recently.

Colombian police seized almost 10,000 pounds — nearly five tons — of marijuana over the span of three drays in Medellin and Pereira, authorities said on Monday, reports Sara Gates at The Huffington Post.
According to Colombia Reports, in the main bust, Medellin police arrested four men who tried to smuggle 5,000 pounds of weed in a truck carrying oranges. The payload, consisting of “more than 101 bales of marijuana,” weighed about 5,597 pounds.
Read More
1 2 3 … 31 Next