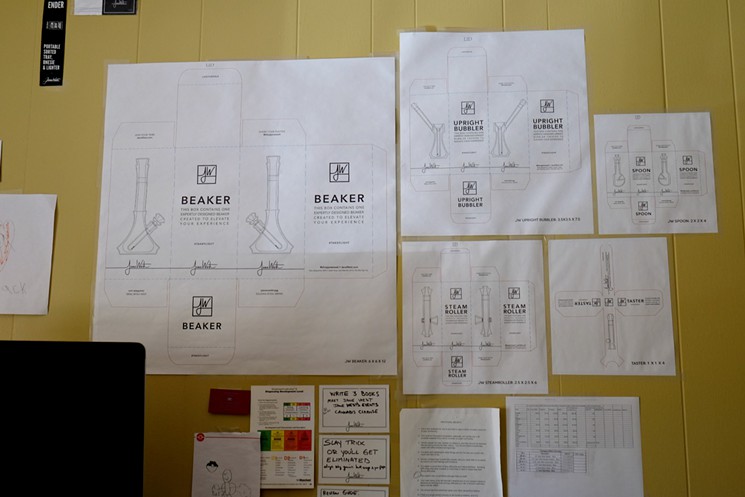 If you know cannabis in Colorado, you’ve heard of Jane West. Whether you’ve seen her on Nightline, CBS or NBC, read about her in Forbes, Time, Rolling Stone or, most recently, Playboy, she’s been the face of women in the industry since she started her company in 2014.

The funny thing, though, is that West fell into it almost by accident. For eight years, she ran ten-day experiential education programs for students who wanted to be doctors in thirteen cities nationwide. Then, after Coloradans legalized recreational marijuana, she started hosting cannabis event, and the Denver Post did an article about her new company. The paper ran her photo with the story, and she was sure someone at her work would see it and she would be fired — but nothing happened.

By Bob Starrett
You know you always wanted one. A “Pot Marijuana Leaf US USA Flag Logo Embroidered Iron-on Hippie Patch.” And it is only $3.99 on Amazon. What about “Outer Rebel Fashion Shoelaces – Black with Rasta Marijuana Leaves?” Perhaps an “Alligator In Egg Marijuana Pot Leaf Resin Ash Tray New” – only 1 left! That’s no surprise.
Very descriptive titles. I suppose merchandise follows trends. If something is popular then there will be a lot of themed merchandise following it around. Now I suspect that these items were not handmade by retired hippies in quaint shops in the Emerald Triangle or Nederland, Colorado. But the product descriptions reminded me of some that I had seen before.
Read More

Pop tart and self-proclaimed “stoner” Miley Cyrus was photographed leaving a medical marijuana dispensary in Sherman Oaks, California, with a friend this week. Hey Miley, are you about ready to stick up for weed, yet?
Cyrus, 19, was looking casual but hot in denim cut-offs and a Pat Benatar t-shirt when X17online.com got some paparazzi shots of her and a female friend exiting Therapeutic Health Care. Miley didn’t seem to be very worried about being spotted outside the dispensary; after all, medicinal cannabis is legal in California for anyone with a doctor’s authorization.
Therapeutic Health Care (THC, get it?) is listed on WheresWeed.com as selling ounces of OG Kush indica for $18 a gram, $50 an eighth, $90 a quarter, $140 a half, or $280 an ounce. Oddly, no other strains are listed.
Read More

​Legendary actor Dennis Hopper, the Easy Rider himself, was photographed Thursday at The Farmacy Cannabis Club in Venice, California, a medical marijuana dispensary.

Hopper wore a checkered paperboy cap and dark-rimmed glasses into the establishment, which resembles a farmer’s market, according to “Doug” at RadarOnline.
Hopper’s filmography contains many high points in addition to the 1969 counterculture classic Easy Rider, which featured an iconic pot-smoking scene with Peter Fonda and Jack Nicholson.
Read More 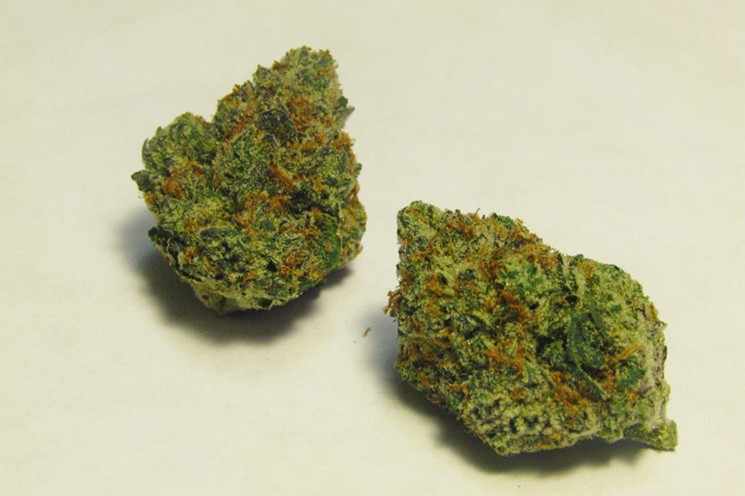 Get out your tiny violins, because you’re about to hear a complaint from a spoiled cannabis consumer: Shopping for weed can be sort of difficult after a long day. With so many strains, smells and highs available, sometimes you just want the simplicity of a weed dealer telling you to “take it or leave it.” All I needed on a Monday night was some classic, skunky nugs that reminded me of a different time, back when we returned for the same bag for months in a row because it was the only kush plug in town. We didn’t know which strain it really was, but we knew what smells to look for.

Citral Flo smells, looks and smokes like some of that classic mystery dank — only we know what it is. A cross of Sour Flo and Citral Skunk, Citral Flo’s throwback smell and flavor are almost like going back to a hometown hangout. It doesn’t take long to trace the strain back to Flo, Citral, Skunk, Sour Diesel and OG Kush on the family tree, and those genetics combine for a beautiful blend of Eastern and Western cannabis varieties. 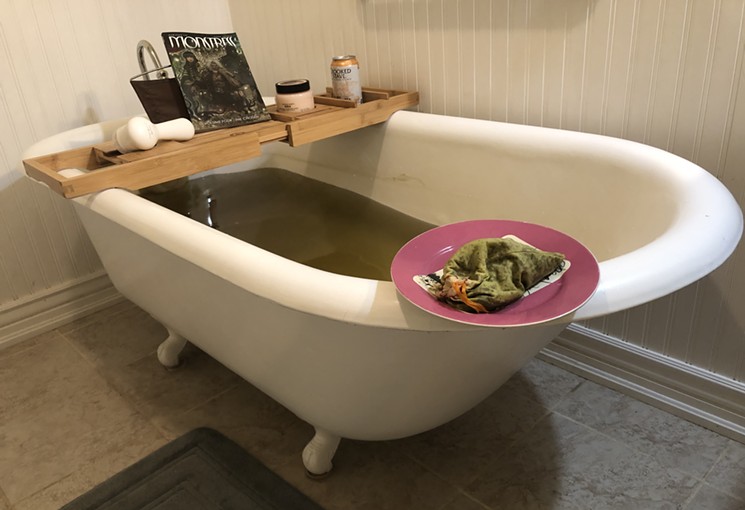 Imagine stepping into a tub full of steaming hot water, sinking in to maximize your relaxation. As you soak, you start to feel euphoric, full of bliss, and…high. But is that actually possible?

In Colorado, where pot is legal and we clearly care about self-care (Colorado ranks in the top-ten in Google searches for that term over the past five years), it is. Maybe you’ve seen bath products while shopping for flower or edibles at the dispensary and wondered whether indulging was worth your time and money. Maybe you’re just finding out about them now. 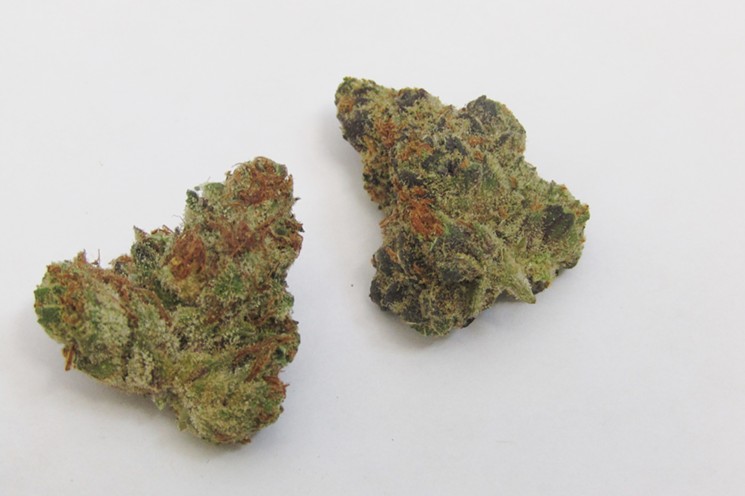 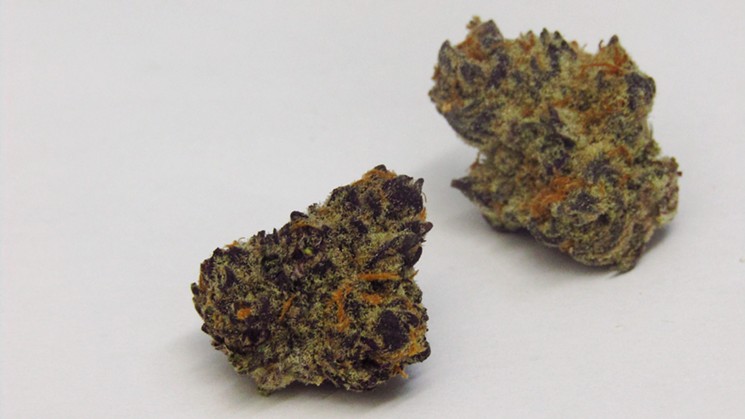 Have we crossed the halfway point of 2019 already? That means we’ve profiled over 26 strains so far this year — and smoked a few dozen more just for fun.

Each strain of cannabis carries a unique flavor profile and range of effects, which are only amplified by plant genetics and growing conditions. Despite all of the variables, Colorado cannabis growers have been pumping out fire since legal recreational sales began in 2014, raising the bar for flavor and potency every year.

Customer infatuation with Cookies and Glue strains continue to influence dispensary selection in 2019, but there’s still plenty of diversity in local stores. To help narrow your choices during weed shopping, here are our favorite eight strains through the first half of the year. 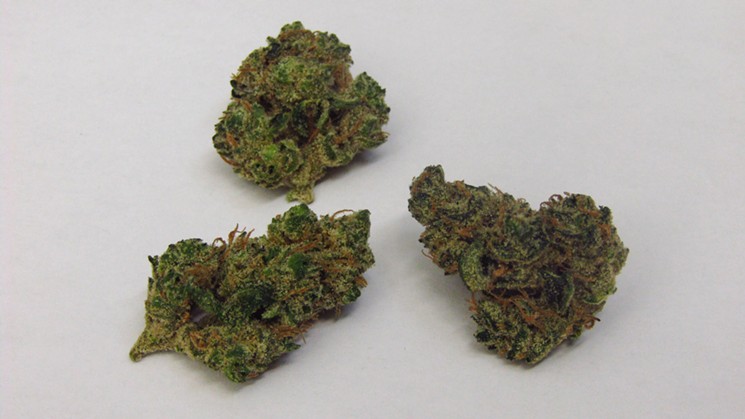 I’ve accumulated a pile of at least twelve unread books over the past few years. I still intend to read them, but that stack is more likely to grow than shrink anytime soon. Japan has a word for lazy book collectors like me: tsundoku. That term very much applies to cannabis, as well. Dozens of strains have piqued my interest while I’ve been out shopping, only to be pushed down the queue by a sexier, stankier bud that catches my attention. Finally, though, after months of passing it over, I gave Strawberry Diesel a shot, and it made me wonder the same thing I thought after reading Friday Night Lights: What took me so long?

Dear Stoner: What should I get for my 21-year-old niece at the dispensary? It’s her birthday soon.
Auntie MMJ