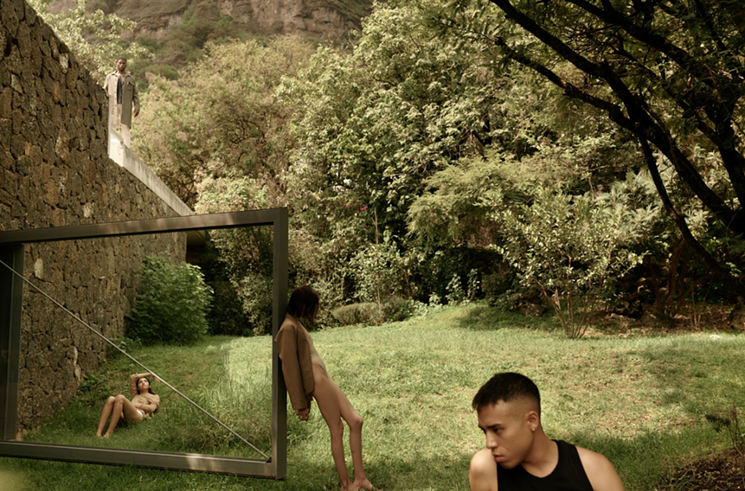 Neiman Marcus is known for charging exorbitant prices for underwhelming shit, so it’s no surprise that the store’s CBD products are expensive, weird and small. 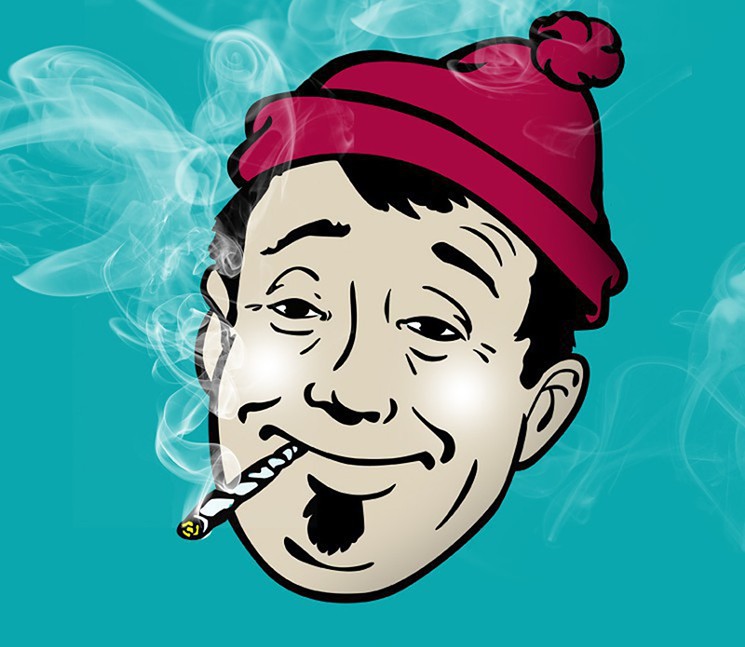 If we got a dollar for every time we’ve been asked a sane question about cannabis, we’d be one broke outfit. But crazy and interesting tend to go together, as is the case for most of our Ask a Stoner readers, who never fail to bring up queries that stray into interesting issues, such as whether you can use a dishwasher to clean a bong, if you should call off work on 4/20, or whether there is any truth to conspiracy theories about CBD oil and dick cancer.

Here are ten of our weirdest questions from 2018 (click on the link to read our answer). May next year’s crop be even weirder.

This is pretty amazing, considering we’re talking about a talent pool that contains Rick Scott, a man with the social poise of a 13-year-old in sex ed, and Charlie Crist, a man who probably would fail the replicant test from Blade Runner, but we might have The Derp Face of the 2014 campaign season: Florida Attorney General Pam Bondi just dropped her first television ad for November’s contest.
Although the spot touts the politician’s record, it fails to address to two heavyweight issues that could sink her campaign: medical marijuana and gay marriage. But she does want you to know she’s curtailed all synthetic acid manufacturing in her state. More over at the Broward-Palm Beach New Times.

From heroin-stuff navels to cans of jalapenos stuff with ganja, it’s been a weird month at the Arizona-Mexico border for would-be smugglers. Our friends at the Phoenix New Timeshave put together the top five strange interactions with border patrol in May along with a poll to figure out which was the most oddball attempt.

Head over to the Valley Fever blog to cast your vote. 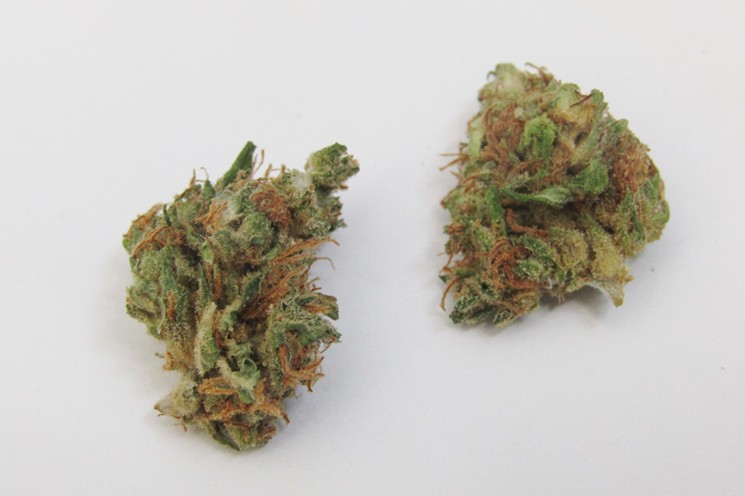 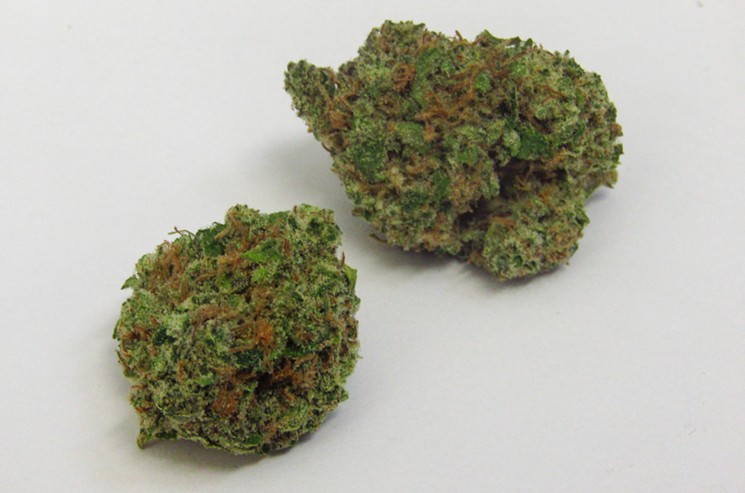 We all have weird personal connections to certain words that cause us to hate them. I’m not talking about squirming when you hear “moist,” but about opinions that date from childhood, like my dislike for “hemlock.” Even before I knew the word’s definition, hemlock sounded like some fatal coughing disease from the 1600s, or a foreboding local swamp in which Timmy Flanagan drowned.

I wasn’t terribly off: Hemlock is a poisonous plant, notorious for being brewed into tea that was used to execute Socrates. It’s also the name of a shitty horror show on Netflix, the first (and last) heavy-metal band I saw live, and a popular weed strain in Colorado. As a result, my relationship with “hemlock” has gone from blocked to online lurking through dispensary menus.

Without getting into specifics, let’s just say a certain R&B singer’s gross sexual history has caused me to look for a new go-to karaoke song. Although a few Queen classics initially seemed like fun choices, I quickly realized that I was foolish to think I could win a room trying to impersonate Freddie Mercury. It seemed like my once-every-six-months career was over.

Then I discovered Randy Newman.

If we’re being factual, I’ve actually known about Randy Newman ever since Toy Story, but he really left-foot-right-footed himself into my heart after a Family Guy episode featured his goofy-ass voice. The deep, dopey aspect of it seemed to fit me, for some reason, and I’ve been a star in dive bars ever since. (Not really, but it’s fun to sing “Short People” when you’re drunk.) So when I came across a funky-smelling strain named after Randy Newman, it seemed like a message from the stoner-culture gods. That it smelled like a spread of fruit and expensive cheese didn’t hurt, either.

A rare strain at the moment, Randy Newman can be fou 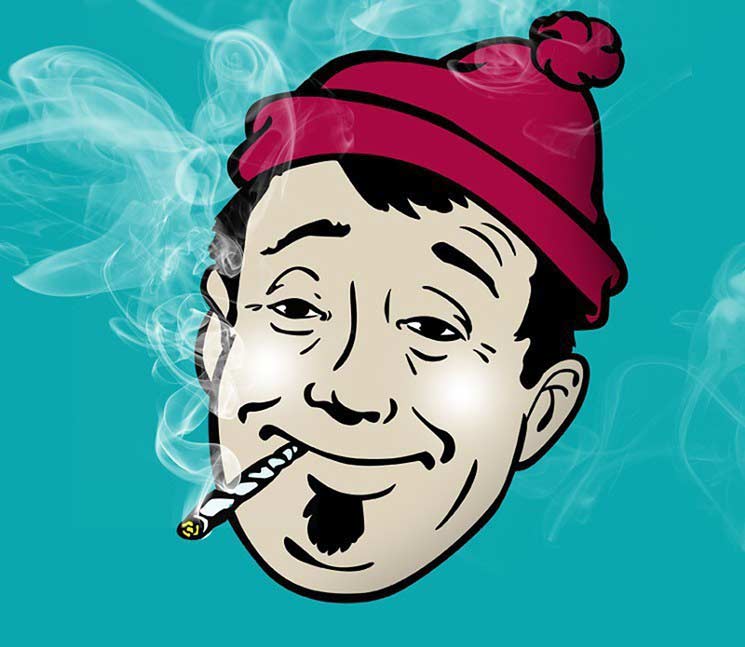 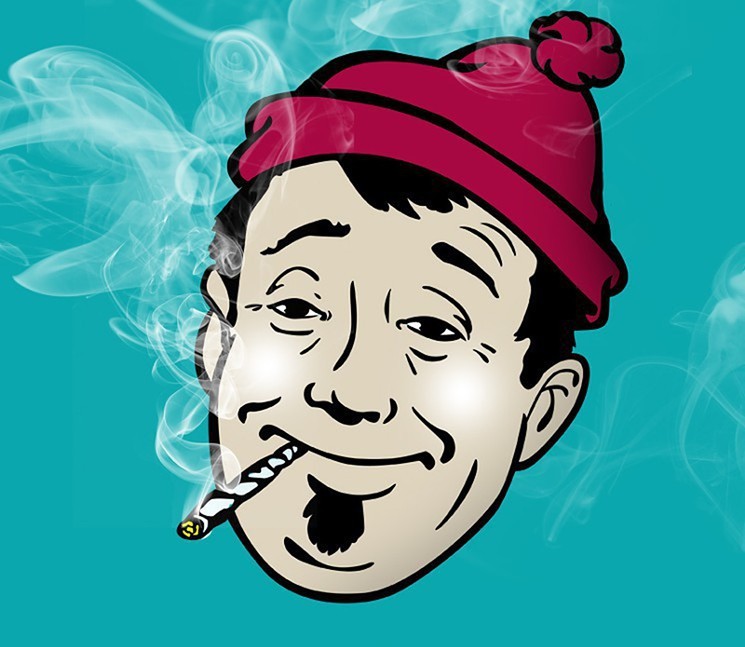 Dear Stoner: I just cooked eggs, an old enchilada and some barbecue sauce together in a skillet. Not bad. What’s the most fucked-up thing you’ve made while high?
Chef Clutch 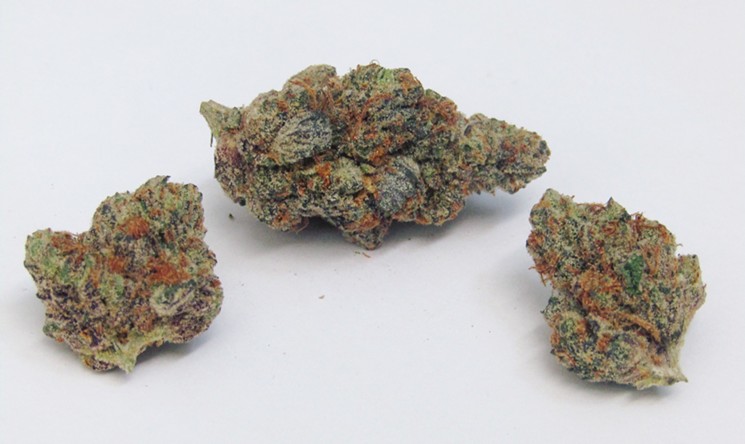 If you didn’t like Scooby-Doo when you were growing up, you’re probably not a dog person now. And I don’t trust people who don’t like dogs. Ergo, if you didn’t watch the show, you’re not allowed in my house. Not that I ask people before they visit or anything; that’d be weird. But if I find out? Peace.

Maybe it was my forever love for Scoob and the gang, or all the Shaggy memes flooding the Internet in January (Google it), but I just couldn’t resist a strain called Scooby Snacks — even after I found out that it was a child of Girl Scout Cookies, which I made a New Year’s resolution to avoid. The problem is, Cookies strains are damn near unavoidable these days. So much so, in fact, that all three commercial types of Scooby Snacks (or Scooby Snax, depending on the store) carry some kind of Cookies genetics