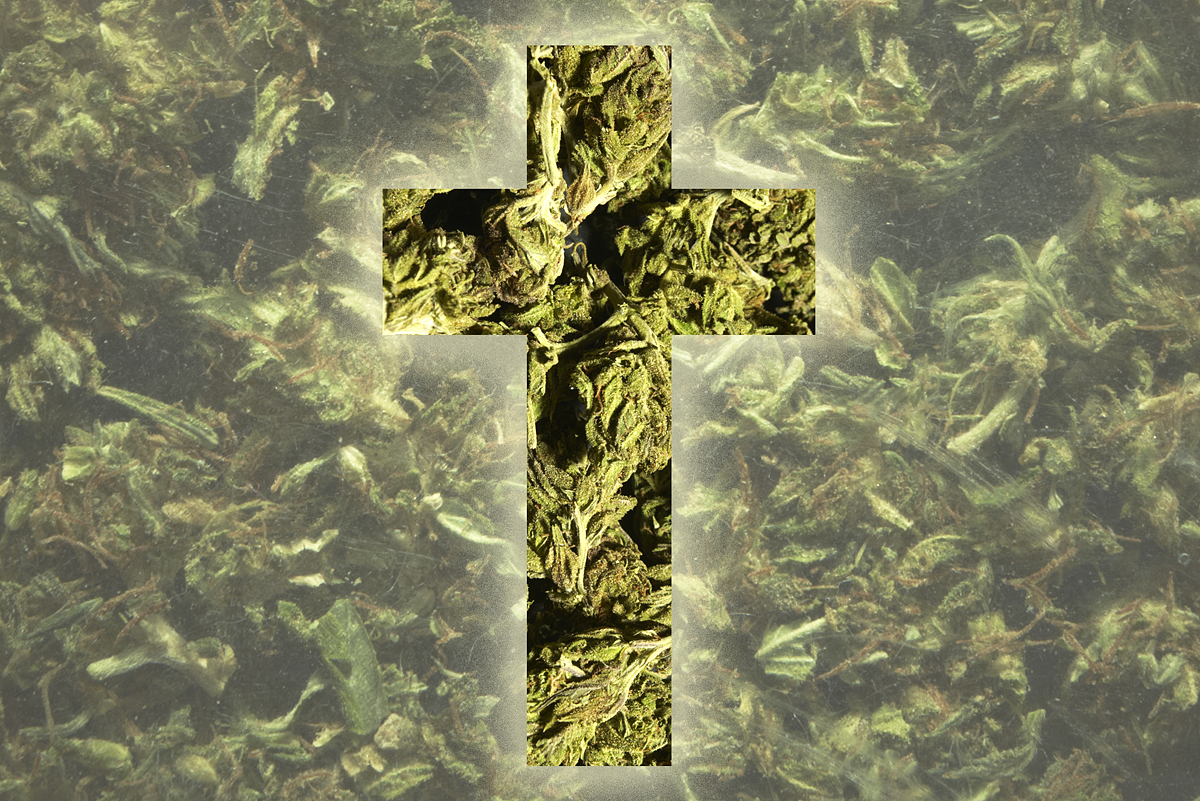 Excerpted from the newsletter WeedWeek. Get your free and confidential subscription at WeedWeek.net.

The activist known as New Jersey Weedman will be able to argue in court that raids on his Trenton, N.J. “cannabis temple” violate his religious freedom.

Kayvan Khalatbari, a prominent activist and businessman in Denver, discussed the industry’s lack of diversity with Vice.

Sports Illustrated travels to Humboldt to ask about the industry’s impact on high school and college sports there. “There are probably no other public schools in the world that have ever offered clipping trays — trays for clipping marijuana on — as part of their auction for the PTA fair,” local journalist Kym Kemp says.

NFL running back turned cannabis investor Ricky Williams is the subject of a new Sports Illustrated documentary. He estimates that 70 percent of NFL players smoke marijuana.

Harper’s Bazaar visits the annual Spirit Weavers Gathering, a getaway for New Age-inclined women, that the article calls “the world’s chicest cult.” There, author Marisa Meltzer hears of a California pot farm that has fertilized the plant with menstrual blood for two generations.

A Canadian known as Marijuana Man makes $78,000 a year getting high on Youtube. He told an interviewer that he’s had internet “since 1984.”

There’s a crowdfunding campaign to bring “industrial hemp building and farming ambassador” Klara Marosszeky to California for a visit. She’s based in Australia.

“The Summer Fair,” a festival in Portland this month, will have free pot giveaways.

The Reductress recommends “ Healthy Snacks To Balance Out All The Junk You’ll Devour When You’re High Tonight.”

​Oscar winner Natalie Portman, set to star in not one but two upcoming stoner comedies, said in a new interview that while she used marijuana in her younger days, she’s now “too old” for cannabis.

“I love stoner comedies,” Portman, 29, told Entertainment Weekly. “I smoked weed in college, but I haven’t smoked in years.
“I’m too old,” Portman said. “I wish I was that cool, but I’m like an old lady now. I’m in bed by 10 p.m. I can’t do that anymore.”
Her comments were made before she recently announced her pregnancy.
Read More

​Sensible Washington, the Washington state group trying to put a marijuana legalization initiative on November’s ballot, came back home empty-handed after a fundraising trip to California, according to an attorney who co-sponsors I-1068.

Among the marijuana luminaries in California who refused to contribute to Washington’s legalization effort were Richard Lee, arguably the most famous pot entrepreneur in the Golden State, reports Nina Shapiro at Seattle Weekly.
Seattle marijuana attorney Douglas Hiatt, who co-sponsors I-1068, Washington’s legalization initiative, said he and co-sponsor Vivian McPeak, director of Seattle Hempfest, met with Lee on their April fundraising trip to California.
Read More