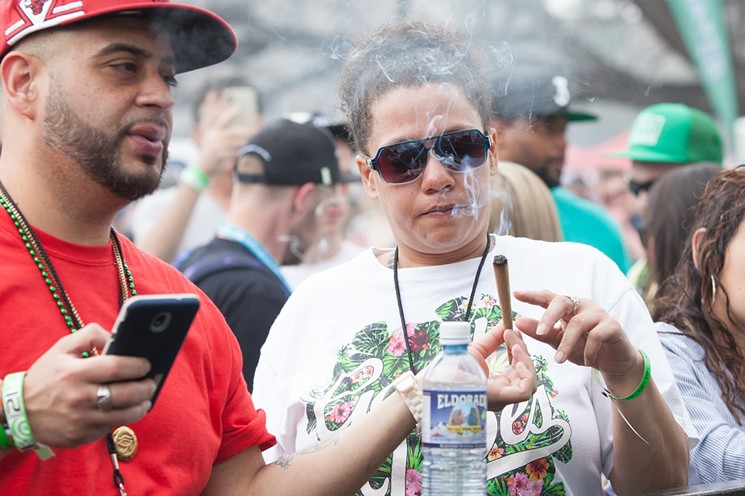 Although not as hip as it once was, Facebook is still an easy place to connect with others who have similar interests such as music, sports, food and even cannabis.

Officially, the social networking giant isn’t that keen on the plant, barring any groups with the words “cannabis” or “marijuana” in their names from coming up during general searches. But if you keep looking, you’ll find Facebook communities full of hungry and creative stoners, pot growers, edibles chefs and more. Here are eight we’re fans of so far. 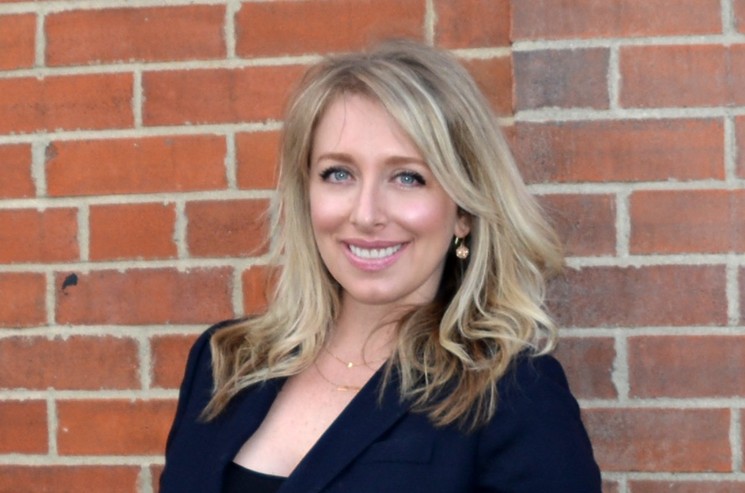 Gather round the joint circle, boys and girls, we’ve got a scary story: What if we told you that joint in your hands came from a moldy jungle of Petri dish pot? Unlikely, but possible.

Believe it or not, recalls over harmful molds and yeasts have hit Colorado’s cannabis industry — and probably not at a rate that reflects the real size of the problem. The state Marijuana Enforcement Division and Department of Agriculture don’t have the resources to keep an eye on every cannabis cultivation in the state, and only a handful of city health agencies have taken it upon themselves to police the safety and health impacts of their licensed pot grows. In a twenty-month span from 2017 to 2019, the Denver Department of Public Health and Environment issued at least four separate mold recalls on cannabis grows that affected dozens of dispensaries. 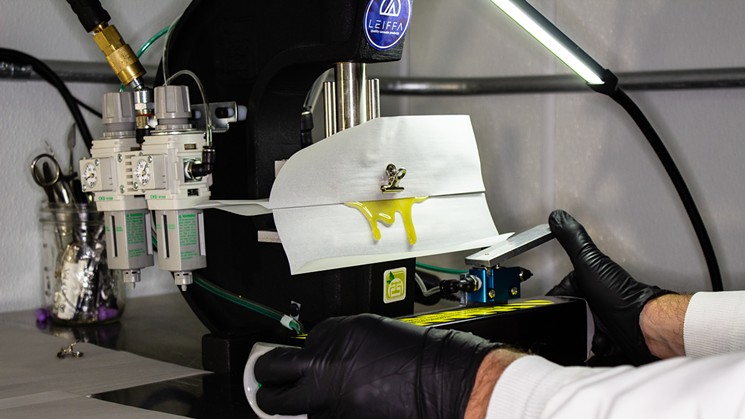 After medical marijuana was legalized in California over two decades ago, the technology behind cannabis consumption started taking off, and it’s truly exploded since 2014, when Colorado became the first state to legalize the plant for recreational purposes. The innovations took the industry from older, water-based extractions, like bubble hash, to advanced methods using solvents such as butane and CO2 to create wax and shatter.

But hash makers didn’t stop there. They soon figured out that freezing cannabis flower immediately after harvest preserves terpenes and plant oils before extraction, leading to the rise in “live” concentrates, like live resin. The newer, stankier product became the preferred dab for connoisseurs, further pushing back solventless and water-based extraction. But the progression of cannabis concentrates continues at a quick pace as newer extraction methods using rounds of ice-water extraction, heat and pressure produce concentrates that easily stack up with their solvent counterparts.

Cannabis extraction companies like Leiffa produce rosin and ice-water hash that looks, smells, tastes and lifts us to the moon like more traditional concentrates — and with the peace of mind that comes from knowing that no butane or ethanol stuck around. Although Leiffa’s Lakewood dispensary is only for medical marijuana patients, the brand’s wholesale concentrates are a growing and popular presence in recreational stores around Colorado.

Dear Stoner: What’s the weed version of barrel aging? I love a good aged beer, and wanted to find an equivalent in cannabis. 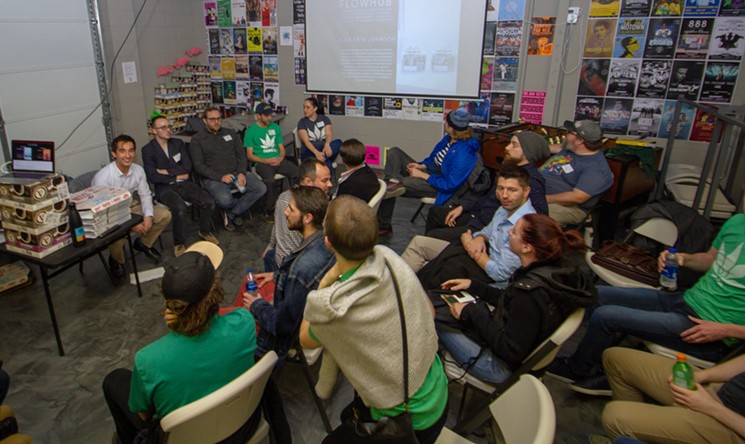 The first rule of cannabis coding: well, there are no rules…yet. Legal cannabis is still very much the digital Wild West for coders.

The Coffee Joint, Denver’s only licensed pot lounge, has been hosting a series of sessions called CannaCoding, bringing industry professionals and prospective cannabis coders together to talk about the developing trade. 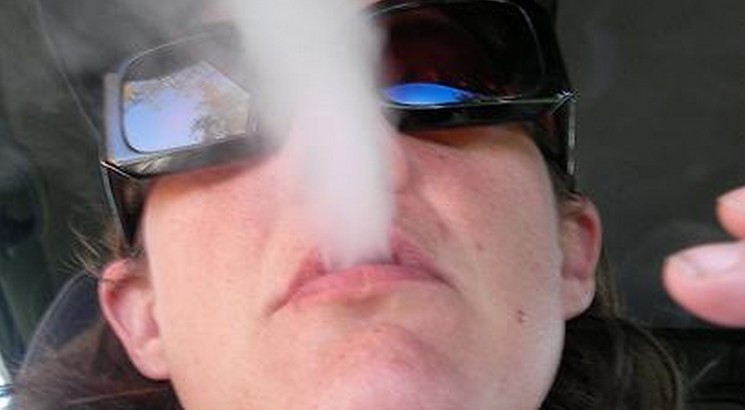 A retired Oregon police officer believes he’s found a way to detect marijuana impairment among drivers, and it starts by looking deep into their eyes.

The struggles behind effectively identifying stoned drivers have only grown for law enforcement as marijuana legalization spreads across the country. Detecting pot impairment isn’t as simple as using a breathalyzer, blood test or urine sample, as THC can affect everyone differently at varied paces. But law enforcement consultant Chuck Hayes (not the 6’5″ power forward who couldn’t shoot free throws) believes eye movement can help police officers get a better grip on stoned drivers.

Held annually since 2010 by Clover Leaf University, the Cannabis Business Awards celebrate some of the industry’s brightest companies and advocates. Although legalization continues expanding to new states every year, the national CBAs are still held in downtown Denver every December, with the latest edition taking place at the Hilton Denver City Center on Wednesday, December 5.

As they did at the 2017 CBAs, Colorado cannabis influencers owned the national competition this year, with nineteen individuals or organizations taking home twenty awards. Notable local winners include Governor-elect Jared Polis (Political Industry Representative of the Year), Wanda James (Most Influential) and activists Jason Cranford and Alexis Bortell (a teenager) for joining in former Denver Bronco Marvin Washington’s lawsuit against the Department of Justice over federal cannabis prohibition. 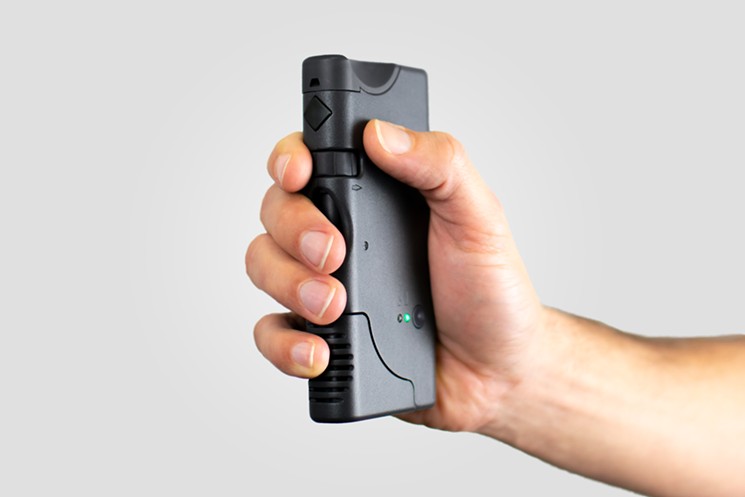 Hash-oil vaporizers show both the potential and the challenges of the cannabis industry. Their convenience and discretion are undeniable, but so are the inconsistencies in dosage and potency. GoFire, a vaporizer startup in Denver, has slowly been working on a solution to those problems, however, and is almost ready to unveil it.

The company’s self-dosing vaporizer employs a microchip on hash-oil cartridges to read cannabis testing results, which consumers can use and then log in a journal on their phones. To learn how GoFire plans to use this new technology to change medical and recreational cannabis, we talked with CEO Peter Calfee. 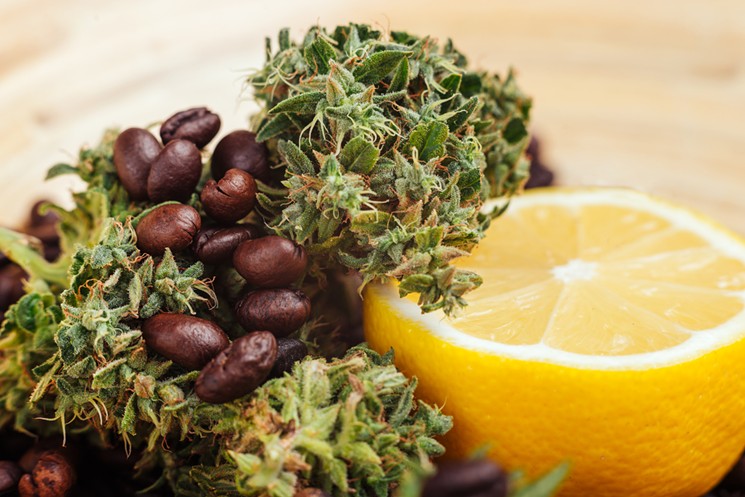 Possible windfalls from legalizing hemp and CBD may get all the headlines, but terpenes could have just as much commercial potential. Terpenes are responsible for the smells and flavors that help us distinguish different strains of pot; like elevator songs and character actors, you recognize them without knowing what they are.

Terpenes are found in many plants, which is why cannabis can taste like citrus fruit, lavender and so on. They’ve shown potential for aiding in pain relief and other medical ailments, and you can consume them much like cannabinoids, via vaping or ingestion. But the public still doesn’t know much about identifying terpenes, and scientists are nowhere near understanding their full potential. To learn more about them, we chatted with Dr.Tristan Watkins, chief science officer for Lucid Mood, a cannabis vaping company that manipulates terpenes for desired effects. 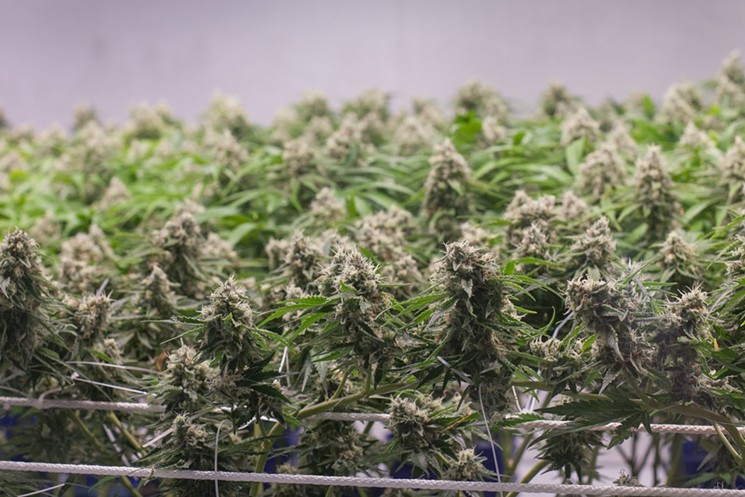 Legal cannabis is growing fast. Since November 2012, when voters in Colorado and Washington approved legalizing the plant, seven more states followed suit, and two more have legalization measures on the ballot next month. And don’t forget Canada, where marijuana became officially legal in mid-October.

All that growth brings a growing demand for energy and other resources, however. Cannabis business analytics firm New Frontier Data recently released a report showing that electricity consumption by America’s pot industry will increase by 162 percent by 2020, with the industry currently consuming 1.1 million megawatt hours of electricity annually, or enough to power 92,500 homes for a year.