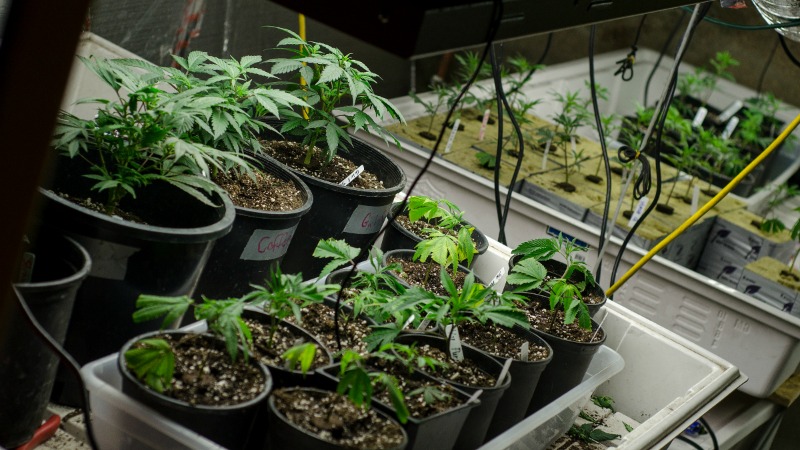 Brett Levin
The long awaited decision was a disappointment for cannabis activists.
The following is excerpted from the newsletter WeedWeek. Get your free and confidential subscription at WeedWeek.net.

The Drug Enforcement Administration (DEA) will not reschedule marijuana. The 186-page decision was published Thursday in the Federal Register. The DEA also  put hemp growers on notice .

Following the decision, The Washington Post’s Christopher Ingraham wrote: “The FDA cannot determine it has a medical use in part because of the highly restrictive legal status of the drug. It’s a classic bureaucratic Catch-22.” Ingraham also collected responses from members of Congress.

For additional details and analysis on the DEA decision see Scientific American,  John Hudak atBrookings and  Wednesday’s  special edition  of WeedWeek. The industry weighs in here and here.

Federal law will continue to view cannabis as a Schedule I drug, meaning that it has high potential for abuse and no recognized medical value. Other Schedule I drugs include heroin, LSD and ecstasy (MDMA).

Some in cannabis circles expected the agency to reclassify the plant as a Schedule II drug, the next most restrictive classification under the Controlled Substances Act. Schedule II drugs include cocaine, methamphetamine and several prescription opioids. (See a more complete list here.)

Cannabis activists and businesses generally want to see marijuana de-scheduled and regulated like alcohol. Rescheduling, which still could happen in the future, raises problematic questions for the pro-cannabis community about regulations governing businesses and access to MED. One lawyer called the prospect of rescheduling a “ nightmare” for the industry. My reporting suggested that the changes wouldn’t be as drastic.

“This decision isn’t based on danger. This decision is based on whether marijuana, as determined by the FDA, is a safe and effective medicine,” Rosenberg said, “and it’s not.”

*
I spoke to Hilary Bricken, a cannabis business attorney at Seattle firm Harris Moure, about the decision. The transcript has been lightly edited for clarity:WW: This is what you predicted. What do you think were ultimately the main factors in the decision?

HB:My honest conclusion is it’s politics. It’s totally political. It’s so strange that there’s not been more transparency regarding the dialog between the DEA and the FDA. All of a sudden the DEA is saying the decision is not being based on danger to consumers. Now they’re saying quote,
“It’s based on whether marijuana as determined by the FDA is a safe and effective medicine, and
it’s not.” And that allegedly this is based on science, which is interesting because there’s a
significant lack thereof. Only recently have scientific research barriers been removed by the feds.
What’s your interpretation of the ruling to increase the number of growing facilities?
Basically, Ole Miss has had this monopoly for years. Even though the [request for proposals], to be able to cultivate cannabis for the federal government gets issued publicly, they’ve always chosen Ole Miss on a contract basis.
[The potential is] to start expanding those cultivation licenses to other researchers that may not have such, I don’t know if the word is bias, but certain types of opinions that they haven’t changed for two decades. I think it’s a positive PR piece, but I’ll believe it when I see it, if they actually do [grant more licenses].
What’s going to be the next big thing to look out for?
It’s a hurry up and wait situation with the federal government, like it always is.
Even if Hillary Clinton won the presidency, even though we have the Democratic platform calling for a reasonable pathway to legalization, I think she’s going to follow through on what she’s maintained regularly, which is: We need more research before we can unleash this product on the American public, even in the medical capacity.
To me what that also means, is that states are going to continue to lead the way on marijuana law reform and policy. I think [cannabis]just turned more into alcohol then let’s say pharmaceuticals because states are going to continue to legalize, despite what the federal government may do. It could take years now for legalization or even some type of pathway for medical marijuana. I think the states are actually going to be the ones that force [the federal government’s]hand eventually. I think it’s going to be a hurry up and wait situation, even with a Clinton administration.
*

“This decision doesn’t go far enough and is further evidence that the DEA doesn’t get it. Keeping marijuana at Schedule I continues an outdated, failed approach—leaving patients and marijuana businesses trapped between state and federal laws. …It’s not enough to remove some barriers to medical research. Marijuana shouldn’t be listed as Schedule I; it shouldn’t be listed at all.”

“President Obama always said he would let science — and not ideology — dictate policy, but in this case his administration is upholding a failed drug war approach instead of looking at real, existing evidence that marijuana has medical value…A clear and growing majority of American voters support legalizing marijuana outright and the very least our representatives should do is let states implement their own policies, unencumbered by an outdated ‘Reefer Madness’ mentality that some in law enforcement still choose to cling to.”

This is not on surprising at all to scientists and people who follow this issue. What we’ve seen in the last couple of years is actually the science pointing in the direction of marijuana being more harmful, not less harmful…It’s also a huge blow to medical marijuana companies who were ready to press send on marketing emails touting a decision to reschedule and pushing their goods on to people who might now think that the feds totally gave up on the issue.