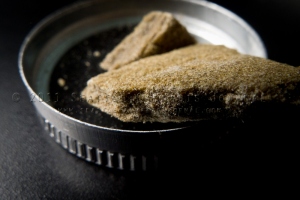 It used to be tolerated in one part of town.

Residents of Copenhagen’s Christiania area tore down the area’s open air cannabis booths after two police were shot and a suspect was killed. Police are concerned about organized crime’s involvement in the industry.

Alaska AG nominee Jahna Lindemuth said the state won’t allow standalone consumption lounges. Dispensaries may be able to have consumption areas. Denverites will vote on a limited social usemeasure in November. If approved it would allow businesses, such as bars, to create consumption areas.

EcoWatch looks into the environmental degradation associated with growing in Humboldt County, Calif.

Southern California company Terra Tech reversed a reverse stock split proposal that would have enriched company insiders at the expense of ordinary shareholders. The switch came after analyst Alan Brochstein detailed the “outrageous” plan at his site New Cannabis Ventures.

In Colorado, growing supply has pushed wholesale prices down.

Al Foreman, chief investment officer at Tuatara Capital, which recently raised $93 million to invest in cannabis companies said, “We still don’t have a critical mass of institutional investors that are really focused on the space.”

The Washington Post reports that prescriptions for opioids and anti-anxiety medications are contributing to the growing number of premature deaths among white women. The FDA will require strong warnings against mixing opioids with benzodiazepines, a class of drug used to treat insomnia, seizure disorders and other indications.