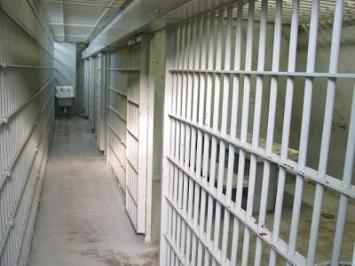 The number of arrests is lowering but racial disparities remain.

Thousands are jailed annually in California for pot, and if REC passes, thousands of inmates could have their sentences shortened.
In New York, blacks are 13 times more likely than whites to be arrested for marijuana.
Defense Secretary Ashton Carter said military recruiting standards are “ unnecessarily restrictive ” when it comes to cannabis use, tattoos, and other current social mores. Maryland may loosen requirements for those  applying  to be cops.

Denver District Attorney Mitchell R. Morrissey (D), is under fire for linking legalization to increased crime. There was a big bust on a legal grow in Calaveras County, Calif. About $10 million worth of product was seized and about 35 people were arrested.

Reason talks to James Static who had $100,000 seized in a San Diego raid but hasn’t been charged with a crime. There were raids on six dispensaries in Ottawa.

In Amsterdam, there have been a series of unexplained bullets fired at closed coffeeshops. No one has been injured and property damage has been minimal.

Two-thirds of NFL players say access to MED would reduce painkiller use, according to an ESPN survey. The great magazine writer Tom Junod gets high with NFL player turned cannabis activist Eugene Monroe.

Another Halloween has passed without any apparent misuses of edibles as giveaways. One case in Illinois was suspected, but the packaging turned out to have Japanese maple leaves on it.

Good Magazine has a big feature on the future of cannabis.

KSL (Utah) has a moving story about a Mormon family coming to terms with MED use. Rabbis pronounced pot kosher for Passover and Sukkot.
Oregon banned 14 strain names, because they might appeal to children. Banned names include Girl Scout Cookies and Cinderella.
Share. Twitter Facebook Google+ Pinterest LinkedIn Tumblr Email
Previous ArticleWhy Colorado Tokers Love L.A. Confidential
Next Article Ask a Stoner: How Can I Test My THC Levels?