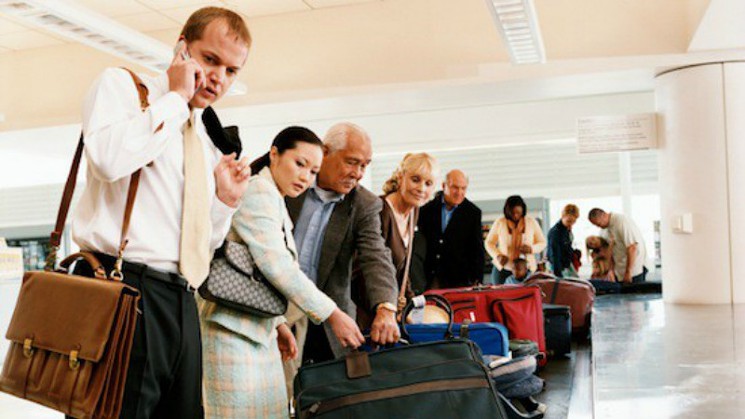 As our Ask a Stoner columnist noted this week, flying with marijuana is still not okay despite a TSA glitch that briefly suggested otherwise. But a new survey suggests that it’s happening a lot anyway. The report from MissTravel.com, which calls itself “the world’s first travel dating website,” shows that more than half the respondents have taken cannabis with them on a domestic flight. But that number tumbles for people traveling internationally.

Flying with marijuana has long been a hot topic among Westword readers. But the subject flared up nationally earlier this month, when the Marijuana Majority’s Tom Angell, a frequent interviewee in this space, tweeted the following: “Trump TSA marks marijuana as less restrictive on planes than alcohol over 140 proof, bottled water, corkscrews & recreational oxygen.” 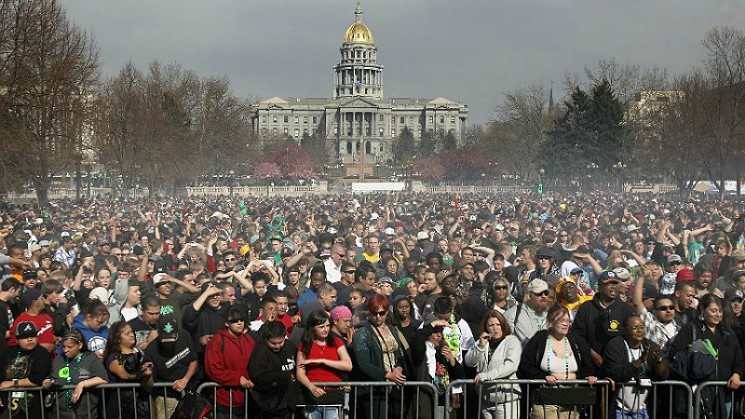 The Denver 4/20 Rally, scheduled to take place on April 20, is offering something new this year. Each attendee age 21 or over will receive a black bag containing tons of swag from marijuana businesses that were unable to legally give away such items at big public events in the past because of restrictive advertising rules related to cannabis.

Civic Center Park Productions’ Santino Walter, who spoke to us for our recent post “Inside the 2017 Denver 4/20 Rally Starring 2 Chainz,” says the black-bag plan was formulated after consultation with representatives from the City Attorney’s Office and Denver’s Marijuana Policy Division. The result, he maintains, is “the most compliant way for licensed cannabis companies in Colorado to promote themselves at an event.”

Colorado’s rules for marijuana advertising are exceedingly tight in comparison to a number of other states that have legalized recreational cannabis, as I saw firsthand during a recent trip to Seattle and Portland. For instance, outdoor advertising is generally prohibited here, as outlined in the following excerpt from the “Permanent Rules Related to the Colorado Retail Marijuana Code:”

Except as otherwise provided in this rule, it shall be unlawful for any Retail Marijuana Establishment to engage in Advertising that is visible to members of the public from any street, sidewalk, park or other public place, including Advertising utilizing any of the following media: any billboard or other outdoor general Advertising device; any sign mounted on a vehicle, any hand-held or other portable sign; or any handbill, leaflet or flier directly handed to any person in a public place, left upon a motor vehicle, or posted upon any public or private property without the consent of the property owner. 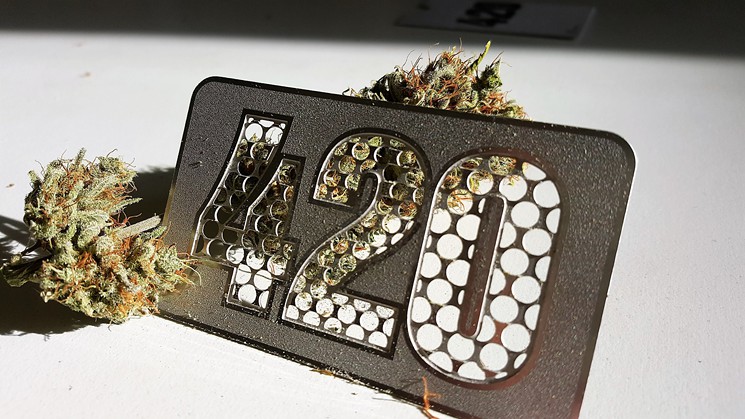 Phoenix New Times presents the top 20 videos about 420: See a High Times explainer on the date/time of 420, a pot market in Vancouver, celebrations in Boulder and London, and much more.

Following a 2016 event that was postponed because of a snowstorm and finally staged a month later, the 2017 Denver 4/20 Rally is scheduled to take place on the actual date of April 20 for the first time in four years. That means it should happen on a Thursday instead of a weekend, but this timing hasn’t caused promoter Santino Walter of Civic Center Park Productions to lower his expectations for the gathering, which is centered around a free concert headlined by 2 Chainz.

“I think it’s going to be huge,” Walter says. “Denver is still the biggest destination to travel to and legally buy and consume retail cannabis for 4/20. You can see it in the way the hotels are already booked out, the cost of flights out here, how flights are booked up, the amount of superstar celebrities who will be in our city the four or five days of 4/20 weekend. So I think we’re probably going to have the largest event we’ve ever had.” 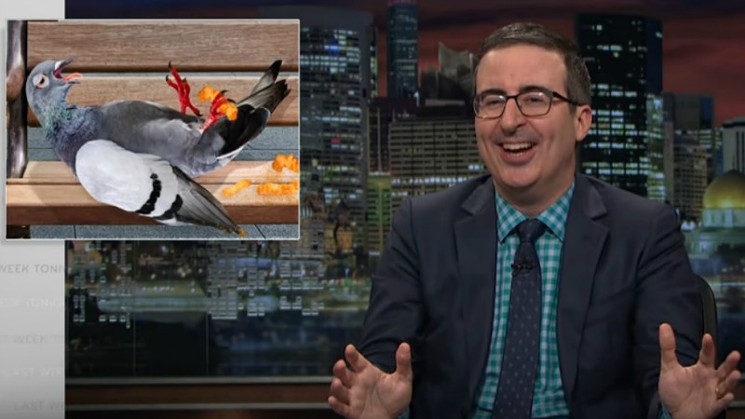 HBO’s Last Week Tonight With John Oliver, which has become the go-to spot for what is essentially investigative comedy, devoted the lion’s share of its latest episode to a shredding of current federal marijuana laws. And among the stories Oliver used to illustrate his points were several from Colorado.

Central to Oliver’s thesis was the tale of Brandon Coats, whom we first introduced you to back in 2012. That year, as we’ve reported, Coats, a paralyzed medical marijuana patient fired by DISH for failing a drug test, filed a complaint over the issue in Arapahoe District Court. When he lost there, attorney Michael Evans took the case to the Colorado Court of Appeals, where jurists also rejected Coats’s argument. Evans, though, wasn’t ready to give up. He subsequently submitted what he described to us as a final document in an effort to get the Colorado Supreme Court to take on the matter — and in January 2014, the jurists agreed to do so. 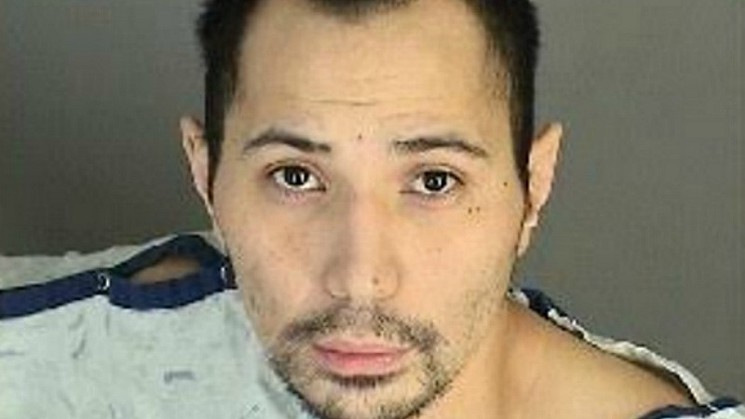 Rocky Pedersen, who has been charged with 35 criminal counts, including attempted first-degree murder, for a series of robberies at marijuana businesses over the past five months, once owned a medical marijuana dispensary that was itself the target of a high-profile robbery back in 2013.

In May 2011, Westword reported about Longmont’s move toward a dispensary ban. Quoted in the post is “Rocky Pederson, co-owner of New Age Wellness.” Pedersen said he’d held a sales-tax license in the community since September 2009 and was worried about a possible ban’s impact on MMJ patients. 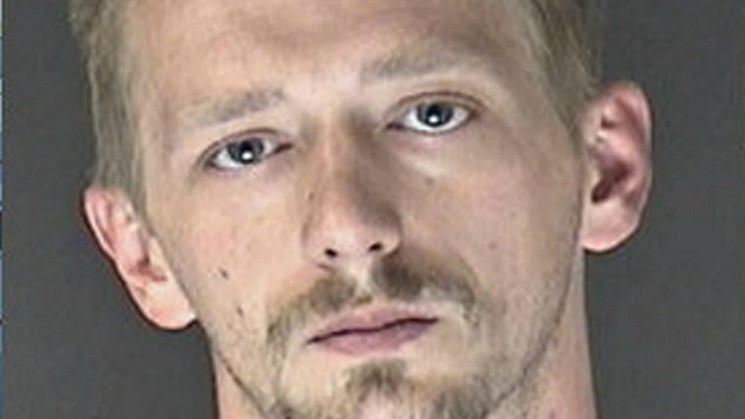 The Colorado Springs Police Department has released data revealing the number of local homicides linked by a so-called “marijuana nexus” during the past three years, with the 2016 numbers showing that weed was a factor in more than a third of the killings. However, a spokesperson for the CSPD insists that the release of these figures doesn’t represent a departmental position on the issue, and says the numbers were released following a barrage of requests from news organizations apparently looking for bombshell evidence that marijuana has played a big role in boosting the Springs murder rate.

Even before Coloradans voted in favor of legalizing limited recreational marijuana sales in November 2012, the debate over the alleged connection between cannabis and crime has raged across the state. Some studies have undermined this theory, while others have been less conclusive — and non-scientific reports from the Rocky Mountain High Intensity Drug Trafficking Area, a law enforcement group, have regularly suggested that the sky is falling.

Against this backdrop, the CSPD compiled information about “Colorado Springs homicide case characteristics involving a marijuana nexus for 2015, 2016 and 2017.”

Here are the numbers: 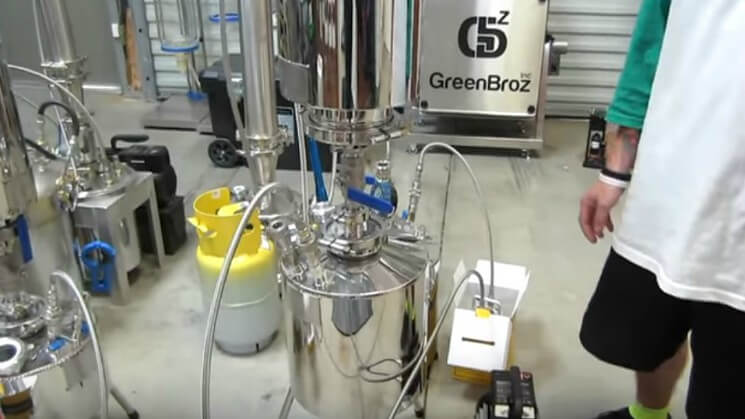 Roberta Smith, occupational health program manager at the Colorado Department of Public Health and Environment, hasn’t heard of anyone dying in an industrial accident at a Colorado marijuana business. But she says dispensaries, grows and the like present unusual safety risks, including the possibility of fires and explosions from hash-oil extraction, in addition to the sort of everyday dangers that hover over virtually every workplace. That’s why the CDPHE has produced “Guide for Worker Safety and Health in the Marijuana Industry,” which Smith believes is the first-ever document of its kind.

“We wanted to make sure we put something comprehensive together outlining some of the hazards that may exist and give businesses some best practices for how to build a health-and-safety program,” Smith says.

The guide, on view below in its entirety, was put together with “input from the industry itself, epidemiologists, health professionals and a variety of other partners,” Smith reveals. Also involved were state officials who consider the guide a necessity in part because of the way inspections of dispensaries and grow facilities in Colorado are handled. 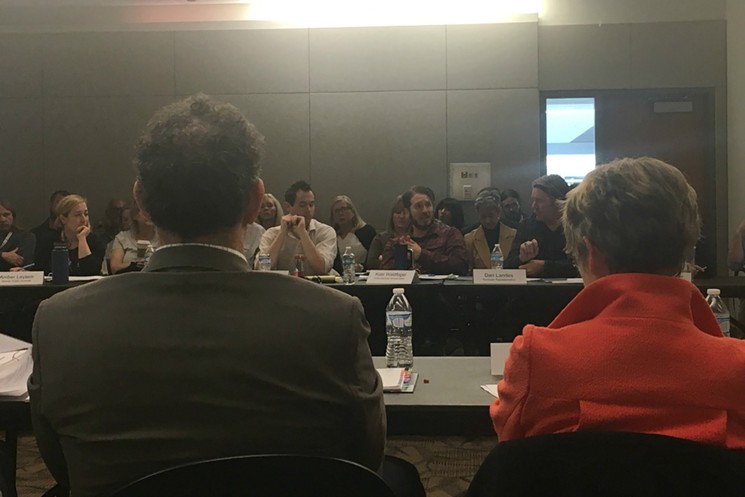 At the second meeting of Denver’s social consumption advisory council, members addressed multiple issues, including a few carried over from last month. Here’s a rundown of the top ten topics at the February 8 gathering: 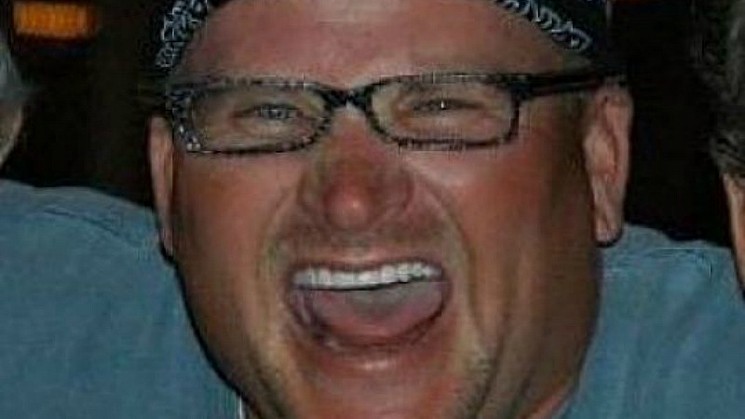 Richard Kirk has pleaded guilty to fatally shooting his wife, Kristine Kirk, in 2014.

The case was among the biggest of that year in part because Kirk was said to have been under the influence of a marijuana edible at the time of the shooting and speculation suggested he would claim in court that the slaying resulted from a bad reaction to it. But his guilty plea means that pot edibles won’t be put on trial.