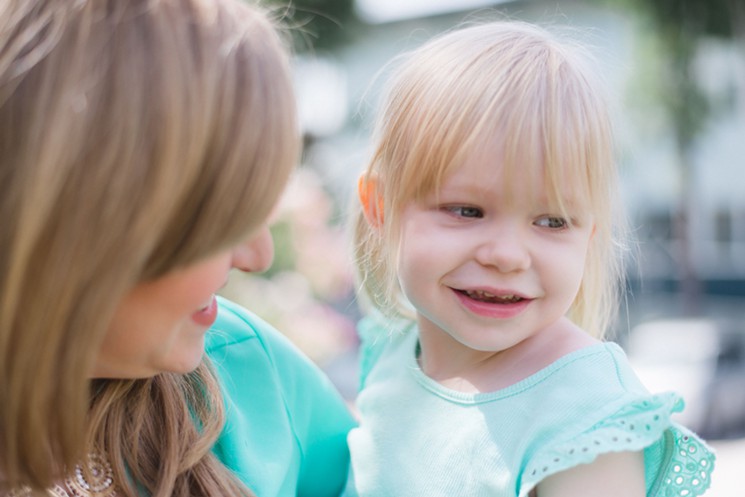 Doctors told Ryan that the slow-growing optic pathway glioma tumor near her daughter’s left eye would never go away. And if the tumor continued to grow, Sophie could lose vision in that eye.

Faced with the prospect of their daughter’s blindness, Ryan joined an increasing number of parents who are turning to cannabis to treat their children for illnesses ranging from cancer to epilepsy.

Did you miss us? We certainly missed you.

After an 18-month hiatus, Toke of the Town is back with a new, responsive redesign and new marijuana stories (coming soon). As marijuana continues to grow as an important national (and international) political and cultural issue, Toke of the Town has returned to bring you pot news and views from across the country, via Voice Media Group’s alt-weekly network. If you don’t already, we hope that you’ll follow us on Facebook and Twitter to stay in touch with the latest developments in the world of marijuana.

Since 2009, Toke of the Town has brought you the biggest marijuana news and loudest pot views from across the country — and around the world. Along the way, we’ve covered the huge progress many states have made towards legalization and wondered why others are so far behind. The country still has a long way to go, but things are looking up — and we have our fingers crossed that 2015 will be another big year for legalization.
But Toke won’t be around to see it — at least, not in its present form. This is Toke of the Town’s final day of publication.
Don’t worry: We’re not quitting the movement. We’re just returning the focus of our marijuana coverage to our local Voice Media Group papers. You can still read William Breathes’ weekly pot reviews and Ask a Stoner column at Westword.com, where they started, and you can continue to follow him on Twitter and Facebook. And you can keep following Toke on Facebook and Twitter, too, for the latest marijuana news from all our papers.
Many thanks for reading and supporting us for the past five years! We couldn’t have covered the marijuana community without such a strong one reading us.
And all our archives will remain online, because we wouldn’t want you to lose access to our serious reporting on issues of medicine and our lighthearted coverage of stoner movies.
Light one up for us, won’t you?

Washington D.C. effectively decriminalized possession of up to one ounce of marijuana July 17, but that hardly means the end to marijuana-related arrests.
According to DCist, there were 26 arrests involving cannabis during the first two weeks of decriminalization– July 17 to July 31– just one less than the amount of citations (27) issued for possession. Data from D.C. Police says the 26 arrests were for public consumption, distribution, possession with the intent to distribute and possession of more than one ounce.

Although hemp (and of course, its THC-friendly sibling, marijuana) are still illegal at the federal level, Colorado’s Amendment 64 has paved the way for new legislation allowing farmers to register to grow hemp on a large scale. And earlier this month, that bill passed. After paying a fee and verifying that their future crops will have a THC concentration of no more than three-tenths of one percent, Colorado hemp farmers will soon be on their way toward reaping what bill SB 241 sows.
For more on the new law, read Westword‘s full story.