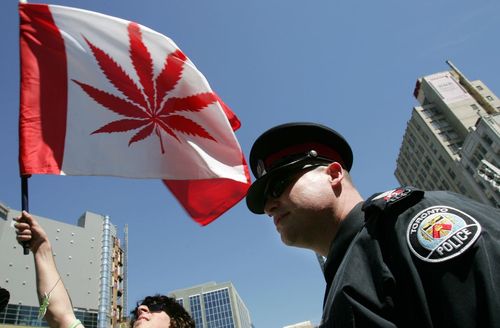 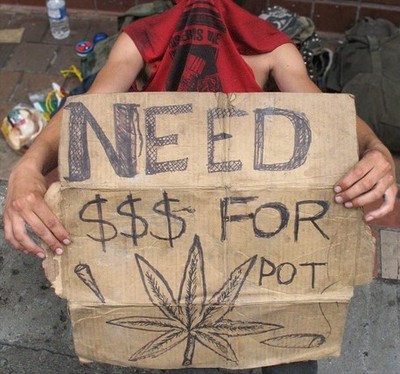 admin | Toke of the Town
Use patterns are changing.
The following is excerpted from the newsletter WeedWeek. Get your free and confidential subscription at WeedWeek.net.

A study found that daily marijuana use is growing rapidly, especially among users who are “poor and lack a high school diploma.” “What’s going on here is that over the last 20 years marijuana went from being used like alcohol to being used more like tobacco, in the sense of lots of people using it every day,” according to one of the researchers. (See the study here.)

The number of U.S. cannabis users is set to exceed tobacco users within a few years.

Many people in the cannabis community heard the news via social media apps like Facebook and Instagram way before the San Diego Division of the DEA put out a press release and the local news media caught on.
On Wednesday of last week, the DEA announced that on September 16th, 2014, they arrested nine San Diego area residents after successful raids on multiple locations in the takedown stage of a yearlong investigation they oh-so-cleverly dubbed Operation: Shattered Dreams.

So far this year, the country of Albania has destroyed about $8.2 billion worth of seized marijuana, according to Interior Ministry officials. The figure represents about 60 percent of Albania’s total annual GDP. Also a part of those figures: 102 tons of pot were destroyed, 530,000 cannabis plants were uprooted and about 1,900 people have been arrested. In short: Albania doesn’t mess around when it comes to weed enforcement.
Officials say they are working to change the perception of Albania as a drug-producing country. According to ABC News, the country has long been a stopping point for drugs imported from South America and Asia.
By comparison, Albania’s haul isn’t actually that huge. American drug warriors destroyed 4,395,240 marijuana plants, arrested more than 6,500 people and seized more than $29 million in 2013 according to the U.S. Justice Department.

As the busiest land border crossing in the world, the U.S./Mexico border checkpoint at San Ysidro in California has seen its fair share of smuggling attempts. But to this day, the stop and seizure of a van stuffed with four tons of marijuana back in 2002 remains as one of the largest weed busts on record at the bustling international checkpoint.
The discovery was made as the van was just a few car lengths away from a successful border crossing, in the lane of a seasoned Border Protection inspector by the name of Lorne “Hammer” Jones. Long respected among his peers as the last line of defense on our nation’s southern border, Lorne Jones, it turns out, had spent over a decade working in cahoots with powerful Mexican drug cartels, repeatedly waving through vehicles he knew to be loaded with illegal drugs, or illegal aliens.

Read More
Americans for Safe Access will hold its first compulsory training course on February 1st
The medical marijuana advocacy group Americans for Safe Access (ASA) was awarded a permit by the D.C. Department of Health last week to implement its compulsory training for cultivators and distributors licensed by the District. ASA Foundation was selected to be the Medical Marijuana Certification Provider based on its longstanding experience providing such trainings across the country.
Read More
​By Bob Starrett
He looked a bit suspicious, standing in front of the Blockbuster kiosk at the 7-11 talking on his cell phone. He wasn’t renting a movie so I asked him to move to the side. As I was perusing the latest releases, he walked into the store.
Just seconds later he was out and gone. As he streaked past me, I could hear the jingling of coins in a jar but by the time I realized what was happening he was too far gone for me to do anything about it.
An approaching woman told me that there was a car idling in the alley, apparently the getaway car. It was over so quickly. It was only then that I realized that all I would have had to do was lift up my right leg as he was accelerating by me and he would have done a faceplant onto the concrete.
A common thief. A street thief. Steal anything from anyone, without regret, without thought of consequence. He probably did not pick a particular charity jar to take. He likely took whatever was closest to the door. And then he was gone, just like that. No thought to the charity, no thought at all.
Read More

​The Drug Enforcement Administration’s new regional chief in Denver, Barbra Roach, wasted no time in offending Colorado. Claiming that marijuana has “no known medical value,” she also said that she will find a place to live that does not allow medical marijuana businesses.

“It is not surprising that in Colorado, where voters have approved medical marijuana, some find her comments more than a little offensive,” reports Scot Kersgaard at The Colorado Independent.
“By federal law, marijuana is illegal,” Roach — who is replacing Jeff Sweetin, who was promoted to run the DEA’s training center in Virginia — told The Denver Post. “There is no medical proof it has any benefit,” she said, ignoring literally hundreds or thousands of medical studies.
Roach told the Post that marijuana is illegal despite Colorado’s constitutional amendment which allows it for medicinal use. She didn’t return subsequent calls seeking further comment.
Read More
Despite the continued denials from the U.S. federal government — and its absurdly erroneous classification of cannabis as a Schedule I substance, meaning it by definition has a high potential for abuse and no accepted medical uses — the feds themselves have been giving out free marijuana to a limited group of patients for 30 years.
The program had grown to close to 30 patients at its height, but in 1992 stopped accepting any new participants, during the George H.W. Bush Administration.
Activists speculated that happened because of the advent of the HIV/AIDS crisis; with the widespread need of such patients for medicinal cannabis, pot’s medical usefulness could have become uncomfortably obvious to the public at large once hundreds or thousands of people had permission to use it.
Despite the program not having accepted any new patients for more than 20 years, the four surviving federal medical marijuana patients still get their 300 (stale, low-quality) joints a month, and will until they die. Never mind that it’s only 3.5 percent THC (maybe that’s why the federal government recommends its patients use 10 “marijuana cigarettes” a day!) plus being 10 years old and stale as shit by the time the patients receive it.
Read More

The federal Drug Enforcement Administration on Tuesday evening, amidst ongoing dispensary raids, released a statement on Washington state’s medical marijuana laws.
“It has never been our policy to target individuals with serious illness,” claimed Special Agent in Charge Matthew Barnes, reports David Haviland at KBKW. “However, there are those operating commercial storefronts cultivating, selling or distributing marijuana under the guise of state medical marijuana laws and exploiting such activities to satisfy their own personal greed.
“The DEA remains committed to the enforcement of the Controlled Substances Act (CSA) in all states,” Barnes said.
Barnes didn’t say how the DEA would judge the difference between those who are obeying state medical marijuana laws and those who aren’t, but did seem to indicate that the agency would only be going after those in violation of both state and federal law. But who knows what the hell these federal bureaucrats even mean when they talk; they’re so full of lies, a thick lie-cloud envelops every word they utter.
“The coordinated enforcement actions of the U.S. Drug Enforcement Administration (DEA) and our state and local law enforcement partners involve violations of both state and federal law,” Barnes said.
Read More
1 2 3 Next