Dear Stoner: Why does smoking weed make my mouth so dry for the rest of the day? My girlfriend knows that I’ve smoked hours after the high wears off, like she can taste it.
Dry Mouf 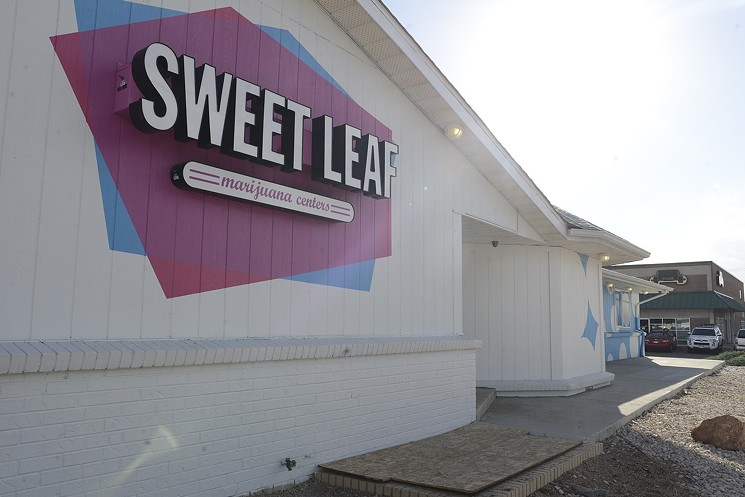 Initially content with viewing the commercial cannabis experiment from the sidelines, the City of Thornton banned dispensaries back in 2010. That all changed last August, though, when the Thornton City Council lifted the ban and began considering applications for recreational pot shops.

A town of more than 136,000 people, according to U.S. Census estimates, Thornton has approached its burgeoning cannabis sector with more trepidation than Denver did, allowing just one dispensary in each of the city’s four geographical quadrants. The council approved its fourth and final applicant in April, setting the stage for open recreational dispensaries as early as late summer.

The recent arrests and legal actions against a former Marijuana Enforcement Division official and several marijuana industry license-holders here in Colorado has been touted by Attorney General Jeff Sessions as an example of why this industry is not working. In a letter to congressional leaders on May 1, he also suggested that in some way the regulated marijuana industry contributes to more illegal marijuana trafficking. In actuality, a regulated system like the one in Colorado has created a boom for us in the areas of job creation, revenue generation and increased law enforcement support, and the list goes on. 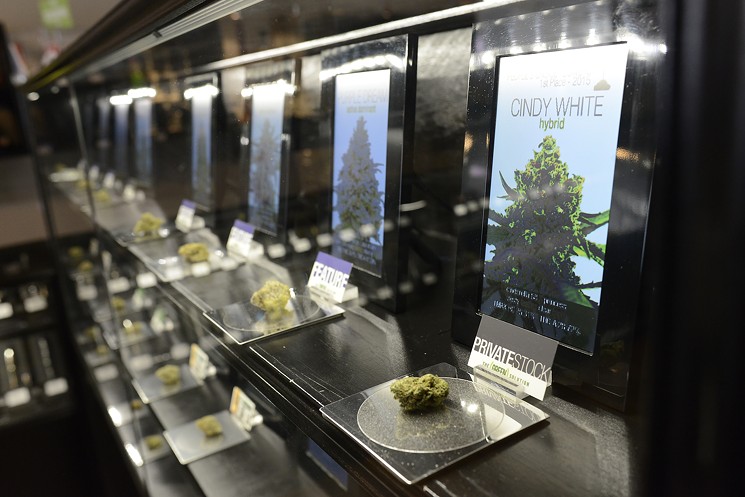 Colorado is used to seeing marijuana sales tax dollars spike in April, thanks to the 4/20 holiday on April 20, but that wasn’t the case this year, according to the Colorado Department of Revenue.

Sales tax data from the regulatory agency responsible for overseeing the state’s Marijuana Enforcement Division shows that Colorado’s 10 percent retail marijuana sales tax brought in slightly over $8.1 million statewide in April 2017, over $1 million more than the $6.94 million collected in April 2016 — but $2 million-plus less than what March brought in this year. 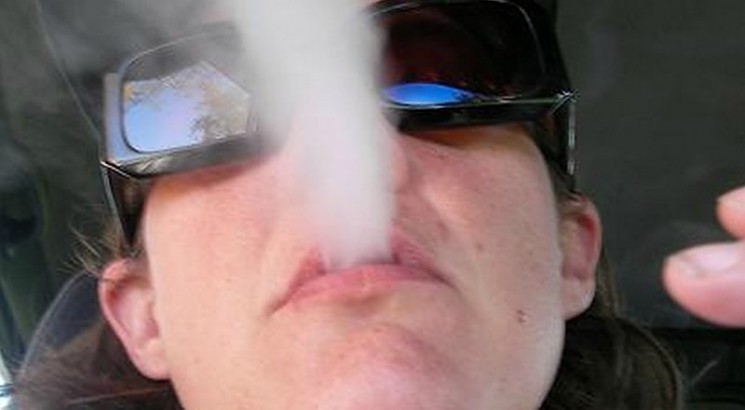 Only days after the release of a study saying that collision claim frequencies in Colorado are about 3 percent higher overall than would have been expected without marijuana legalization comes a competing report stating that the crash fatality rates haven’t changed significantly. These seemingly contradictory findings leave one marijuana reformer confused but certain that the sky isn’t falling. 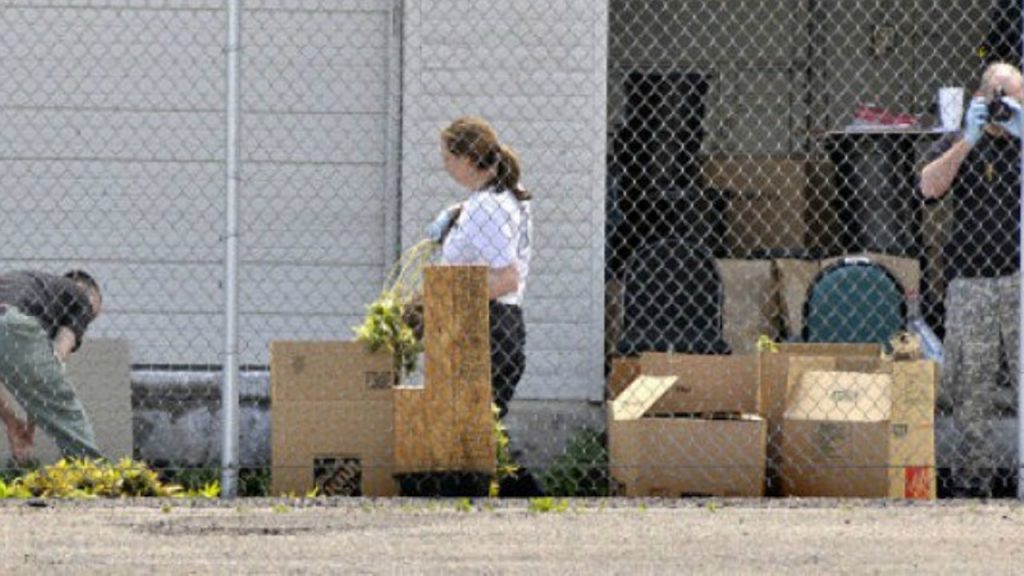 Dear Stoner: A friend suggested trying a strain that has equal amounts of THC and CBD. Any suggestions for something in Denver that fills the bill?
Nomen 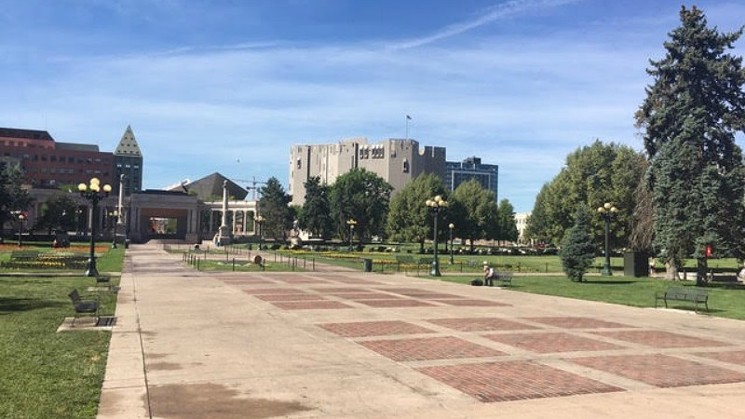 The City of Denver appears to be continuing its public-relations battle against the Denver 420 Rally, which is appealing a three-year permit ban, by contrasting the trashy condition of Civic Center Park the morning after the April 20 event with the much tidier look of the location following this past weekend’s PrideFest celebration. Meanwhile, an attorney for the rally charges Denver with using a double standard by pointing out that a dispensary was allowed to display its logo at PrideFest, as seen in a video below, even though such businesses have been forbidden to do so at the Denver 420 Rally.

PrideFest is certainly doing all it can to show that it appreciates its own permit with the city. Pushkin Public Relations, which represents the fest, shared the June 19 photo at the top of this post along with a note that reads in part, “PrideFest takes a lot of pride in being a professional festival, working well with the City and leaving the park in great shape. While some festivals don’t have a great reputation for this, PrideFest works hard be a good steward of Civic Center Park.” 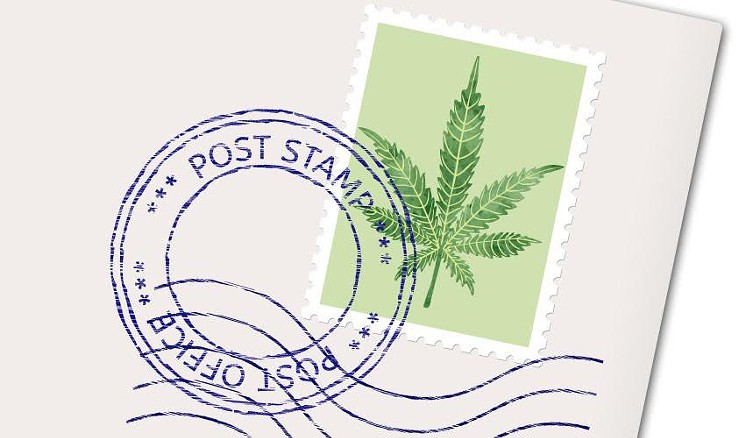