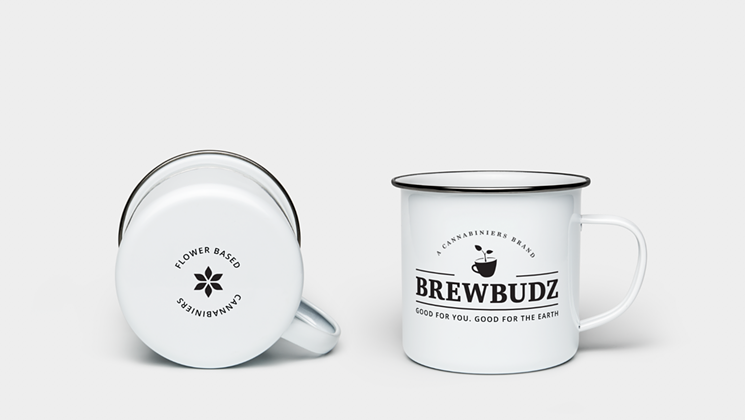 For all you caffeine junkies out there, BrewBudz has what you’ve been waiting for: a line of CBD- and THC- infused coffee, tea and cocoa. “It’s an opportunity to bring together two different rituals in life,” says BrewBudz Vice President Jeffry Paul. “Drinking coffee or tea is something that’s part of your every day…. There’s also a ritual for marijuana, whether it’s medicinal or recreational.”

BrewBudz is creating Keurig-compatible cups that are 100 percent compostable. The bottom of the cups is made of a soft mesh material, not a hard plastic; the cap looks and feels like plastic, but it’s made from coffee beans. “When the bean is being processed, the outside skin that comes off of it is known as the chafe,” Paul explains. “They take that and use that to make the ring.” 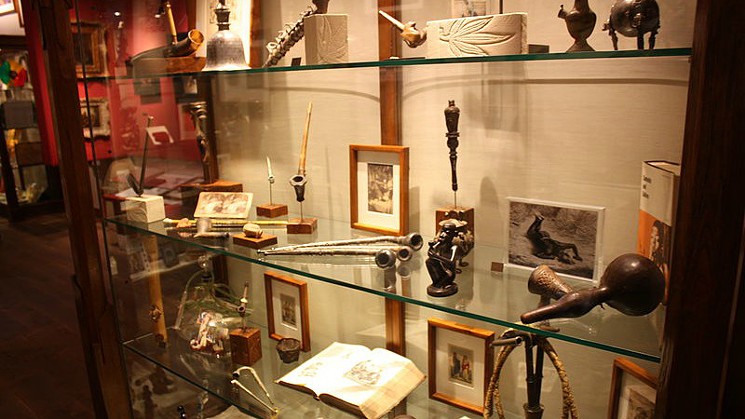 The “No on 200” team in Pueblo County has proposed that Colorado become home to the National Marijuana Museum, and what better county to host it than the one that fought against repealing Amendment 64 at the ballot box this election. The organizers hope to have the museum open by the summer of 2018. In the meantime, here are ten suggestions for what they should include in the collection:

It would be the first in the country.

Denver’s social use initiative is in the lead with some ballots still uncounted. If approved it would be allow bars and other businesses to apply for on-site pot consumption permits.

Massachusetts treasurer Deb Goldberg says she may need an extension of the October 2017 deadline to begin accepting license applications. Additional tweaks on taxes, edibles and DUI are anticipated.

Marijuana Business Daily calls it an $8 billion-night based on the combined annual sales projected in the newly legal states. Vox explains the votes. The New York Times has a round-up.

Rob Sands, CEO of Constellation Brands, whose portfolio includes Svedka Vodka and Robert Mondavi wine, said the company is interested in going green. “There are going to be alcoholic beverages that will also contain cannabis.”

The New York Stock Exchange accepted cannabis real estate investment trust (REIT) Innovative Industrial Properties’ listing. It will be the first cannabis REIT to trade on the exchange. It’s ticker will be IIPR.

Canadian producer Aphria announced a C$35M raise, the largest by a public company to date. Legal Canadian growers have raised more than C$313M in the last 13 months.

The New York Times profiles Denver-based Dixie Brands as it builds a national presence.  (For more on interstate trade, see my April story in The Washington Post.)

WIRED tells us to “Get ready for the Budweiser of bud.” 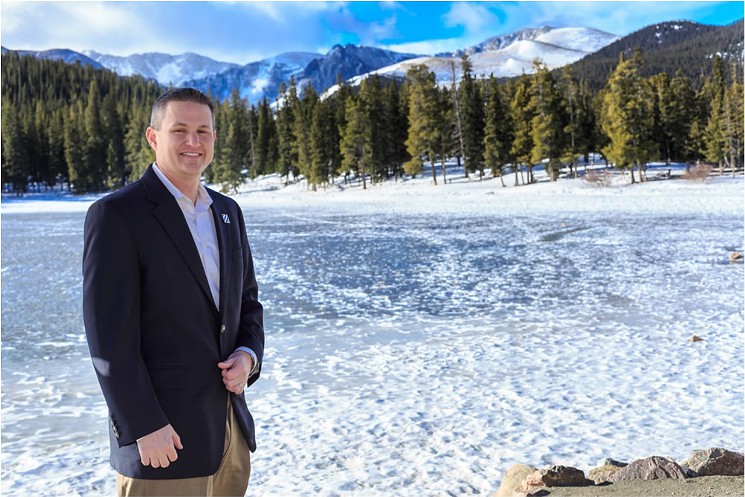 After working as a U.S. Senate page when he was sixteen, Jake Lilly went on to intern at the White House in 1998. After receiving his law degree at Cornell, he joined the Army and in 2005 served in Iraq, where he led search-and-rescue teams. Before all that, however, he was thirteen when his Boy Scout troop visited Colorado. He fell in love with the state, went home to Maryland, and told his parents that he would live here someday. Now 39, with thirteen years as a prosecutor, litigator and defense attorney under his belt, Lilly is running for district attorney of Jefferson and Gilpin counties, against incumbent Pete Weir.

His platform focuses on criminal-justice reform — reform he determined was needed after seeing the effects of the drug war up close. Lilly  believes in finding alternatives to prison for nonviolent offenders and finding treatment alternatives for drug abusers. We sat down with Lilly to learn more about his positions, especially his support for continued legalization of marijuana.

Arrests for possession are ongoing even in legal states.

A study from the ACLU and Human Rights Watch found that more people are arrested for pot possession in the U.S. than for all violent crimes combined. See the report here.
Arizona’s REC debate has led to questions about how drug smugglers would adapt. REC supporters say traffickers will lose business. Opponents say they’ll switch to selling heroin and crystal meth.
Read More 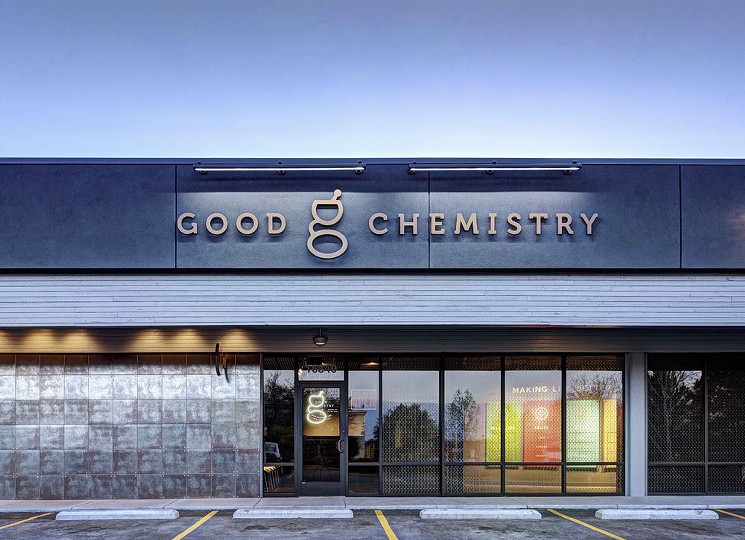 This morning, Aurora will start taking applications for the last recreational dispensary that will be allowed in the city for the foreseeable future. Aurora’s Marijuana Enforcement Division will review the applications and hold in-person meetings with each applicant before announcing a final decision on November 30.

Back in 2013, Aurora City Council capped the number of pot shops that would be allowed at 24, with four locations in each of the city’s six wards; over the last three years, all but one slot has been claimed, this one in ward VI, in southeast Aurora. 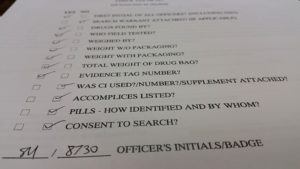 Ah, the airport. It’s where national security, the transportation industry, human psychology, aeronautical physics and government personnel collide in an awkward dance. Add into this mix the police who respond to Transportation Security Administration drug-related discoveries, and a collection of travelers that for whatever reason caught their attention.

Stephen Young | Toke of the Town 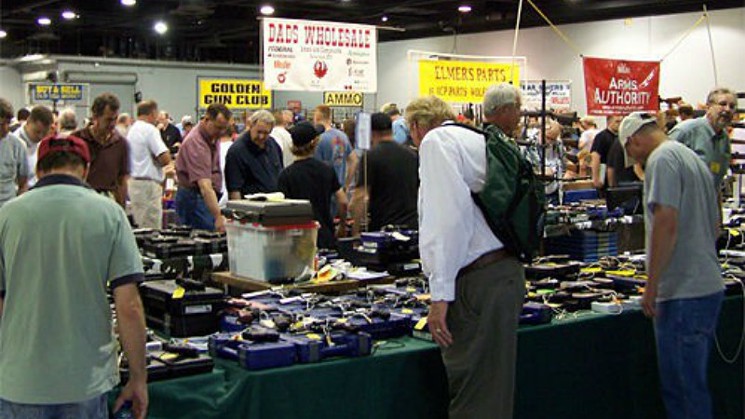 The 9th U.S. Circuit Court of Appeals ruling about gun sales to medical marijuana patients doesn’t directly pertain to Colorado, but attorney Rob Corry worries that it will still have an impact.

Last month, the 9th U.S. Circuit Court of Appeals found that the federal ban on gun sales to medical marijuana patients was constitutional. But since the court’s jurisdiction doesn’t include Colorado, local patients aren’t affected, right?

Not so fast, says marijuana attorney Rob Corry. When asked if the ruling could eventually lead to greater limitations on the ability of Colorado medical marijuana license holders to purchase firearms, Corry replies, “Yes, there is that danger.”